Why we lie to ourselves 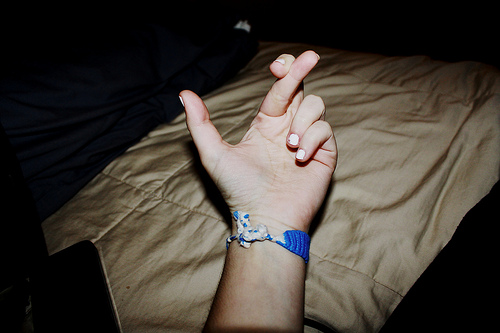 Why we lie to ourselves

A Psychological term known as “cognitive dissonance” is behind the reason why we lie to ourselves and tell ourselves untruths.

A recent client had an affair whilst being married. She held a belief that good people do not have affairs. So there was cognitive dissonance between how she wished to see herself (as a good person) and her behaviour (having an affair). In order to allow the two conflicting feelings/beliefs to live in harmony, my client had to lie to herself on some level. To her, this was the only way to reduce the tension she felt about herself and her actions.

So, she justified her actions by telling herself that if her husband had not been so busy at work and had paid her more attention, she would never have strayed.This way, she could feel a whole lot better about herself and what she was doing. She was entitled to seek out another man, wasn’t she?

Leon Festinger (1957) proposed cognitive dissonance theory, which states that a powerful motive to maintain cognitive consistency can give rise to irrational and sometimes maladaptive behaviour.

Festinger’s (1957) cognitive dissonance theory suggests that we have an inner drive to hold all our attitudes and beliefs in harmony and avoid disharmony (or dissonance).

1) We can change our attitude

2) We can acquire new information

3) We can reduce the importance of our beliefs

The more a person wishes to conform, the more likely they are to use cognitive dissonance. Cognitive dissonance explains many of our everyday actions. The person who steals from his employer but tells himself that he is underpaid and deserves the extra is twisting the interpretation of his behaviour in order to still feel he is okay as a human being is another good example.

People interpret the same information in extremely different ways to support their own views of the world. We can be quite selective when looking for evidence to justify what we do. People quickly adjust their values to fit their behaviour even when it is immoral.

When you think about it, the list of situations in which people resolve cognitive dissonance through rationalisations becomes ever longer. If you’re honest with yourself, I’m sure you can think of many times when you’ve done it yourself. I know I can.

Being aware of this can help us to be more aware of and hopefully avoid the many negative consequences of the self deception we all engage in – believing our own lies.

Photo by alexa fades away