The trouble with Oscar Pistorius 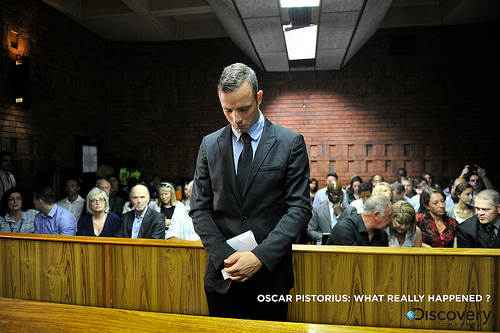 So, judge Thokozile Masipa has convicted Oscar Pistorius of culpable homicide and not murder. While I can see the reasoning behind this judgement, I am perplexed at her decision. Unfortunately, the law tends to be based on known-fact alone. Emotion and subjective views as well as circumstantial evidence have to be excluded and the defendant has to be given the benefit of the doubt. Personal feelings/intuition have to be closely guarded and limited. Life is never that black and white and in that way the law does not fit reality well.

I find it interesting that Judge Masipa accepted Oscar Pistorius’ version though, which entails certain subjectivity in itself. She admitted he was a poor witness who seemed more concerned about the impact of his answers rather than just answering truthfully. She also admitted that there were unanswered questions around why Oscar Pistorius never checked where Reeva was before firing four shots into the locked bathroom door. This fact alone makes it hard for me to believe Oscar Pistorius’ intruder theory.

If Oscar Pistorius thought Reeva was in the bedroom, why did he not check downstairs first to see if she had escaped from the bedroom while he was making his way to the bathroom? He said that after shooting the door he went back to the bedroom and saw Reeva was not in the bed and then went to break down the toilet door with the cricket bat. There has never been any mention of him first calling to see where she was or checking to see if she had hidden downstairs or even escaped out the front door. He never did this – probably because he knew she was in the bathroom.

The average person who is not mentally incapable in any way, and who is in the company of another person would respond in the following way:

They hear a noise.

They first check whether the other person they are with is making the noise. If they cannot verify this (because the person has gone to use the toilet and has closed the door), they would investigate further to ascertain the source.

They would perhaps arm themselves somehow if they were that afraid and call out to the other person.

The fact that Oscar Pistorius took an seemingly innocent noise (in his version of events, Reeva had gone to use the toilet and would have been doing so normally, not furtively), failed to talk interactively with Reeva, grabbed his gun and fired four shots into the toilet door without any real physical threat being presented, is very hard to believe. How does a sane person hear a noise in the bathroom and immediately assume that there is  huge threat to their life? His version makes no sense.

The problem with Oscar is that I believe he is a walking time-bomb. He has an inflated sense of importance and entitlement and this verdict is going to increase this erroneous thinking. He will feel he is invincible and above the restrictions placed upon the rest of us. I believe that Oscar Pistorius is a narcissist and the remorse he showed after shooting Reeva was probably genuine, although more in a “what the hell have I done. How am I going to get out of this?” way. The remorse was due to the impact his actions would have upon him.

The texts from Reeva where she describes how he would constantly pick on her, put her down and have tantrums is typical behaviour of an emotional abuser. So typical it’s text-book what she described. These types of psychological abusers have short tempers and their emotional regulation is stunted.

I am a Psychologist and I grew up with a Mother and two Aunts who dated abusive men. I have lived, breathed and experienced this abusive environment first hand. This does not make me more emotional in the matter as I see it for what it is, but I do know what I am talking about and I have a very good idea of the Psychological profile of abusers such as Oscar Pistorius. They are not that difficult to identify.

I am sure that if Oscar could turn back time he would not commit the same actions. I am sure that he regrets what he did but in the heat of the moment, he was unable to manage his emotions sufficiently to choose alternative actions.

I do not for one second believe that he was that terrified, that all logical and rational thinking went out of the window. He even said that he shouted to Reeva to call the police. If he could think along these lines then he could have checked where Reeva was first. If he had been as afraid as he asserted, he would have blindly raced to the bathroom without a thought for Reeva and acting out of sheer terror, he would not have been in the frame of mind to speak to Reeva at all. The two just don’t fit together.

Unfortunately, the law has serious limits when it comes to assessing a person’s thinking styles. I believe that Oscar Pistorius has a personality disorder (a thinking disorder) but this will rarely be assessed in court as standard procedure. When so much rests upon a defendants state of mind, psychologist should be far more involved. Any psychologist who is well versed in abusive relationships would testify to the typical pattern exhibited – as Oscar Pistorius displayed.

I envisage courts of the future having far more psychological input as to ascertain a person’s psychological profile. There will be ways to identify thinking patterns and identify actions that do not fit. I wish it would come sooner.

Dolus eventualis seems to be the most fitting verdict in this case.

A 2008 paper by KwaZulu Natal law professor Shannon Hoctor explained ‘dolus eventualis’ as when a person ‘foresaw the possibility that the act in question…. would have fatal consequences, and was reckless whether death resulted or not’.

Masipa said the state had not proven that Pistorius had foreseen such a possibility. She did, however, find that: ‘A reasonable person would have foreseen if he fired shots at the door, the person inside the toilet might be struck and might die as a result.’

Chris Greenland, a retired South African high court judge, said this was a serious inconsistency. He told MailOnline: ‘I am utterly bemused that this mistake was made.

‘I can’t wrap my head around it. I have never seen a judge make such a big mistake especially when she had so much time to arrive at a judgement. It’s inexplicable.

‘She has misinterpreted herself with regard to the law because she herself said previously that Oscar Pistorius’s defence was that he was not guilty of murder because he killed her by mistake thinking that he was shooting at an intruder.

‘Now, during her verdict, she made a statement that was inconsistent because she found that he had not foreseen that he would kill the human being on the other side of the door.

‘That was erroneous – she had already set out the law. ‘It was a fundamental mistake.’

Now we await sentencing on 13 October 2014. There is talk that he may not even receive a custodial sentence and might be given a probation order and a fine. As long as you are fearful and feel threatened, even when there is no obvious clear threat it seems okay to shoot to kill.  It really does seem as if killing these days is not such a big deal anymore.