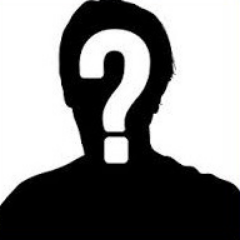 Humans are social creatures but in some ways this is our undoing. Psychologists coined the term “groupthink” to describe the tendency of people to value harmony and consensus over accuracy and critical evaluation. It results in individuals suppressing their own gut feelings in favour of the generally accepted ideas of the group/society they live in or are surrounded by. It causes individual members of the group/society to unquestioningly follow the word of the leader/s and it strongly discourages any disagreement with the generally accepted views of the group.

In this way, according to this known and researched human phenomenon, it supports the set up of many governments across the world. The few leaders speak and more often than not, control the masses. As an individual you are subtly discouraged from thinking for yourself. Even if you do think for yourself you will probably be left with a sense of “anomie”. Another psychological term coined by French Sociologist Emile Durkheim. Anomie arises from a mismatch between personal or group standards and wider social standards, or from the lack of a social ethic, which produces moral deregulation and an absence of legitimate aspirations. Individuals who give in to groupthink can end up feeling hopeless about the environment they live in. This in turn can lead to anxiety and depression.

Fyodor Dostoyevsky expressed a similar concern about anomie in his novel, The Brothers Karamazov. The Grand Inquisitor remarks that in the absence of God and immortal life, everything would be lawful. In other words, that any act becomes thinkable, that there is no moral compass, which leads to apathy and detachment.

So as the leaders use the groupthink phenomenon to their advantage, anomie sets in amongst the members of society who despair at the corruption. lack of morals and self serving agendas of the powerful.

How to work against this:

Don’t believe everything you see or read in the media. Every story has several ways of being interpreted. Listen to what you are being told and keep in mind that there might be another way to view things. Be wary of accepting another person’s version as fact.

The more rigid we are in our beliefs, the less we consider other possibilities. It serves us best to always be willing to listen to new information. What seems accurate and valid today might not hold sway in the future. We are learning new things every day and as our knowledge expands so should we adjust accordingly. Always keep space available in your mind for new ideas. Be open rather than resistant.

Too many of us want to keep the peace and not make any waves. That is why many of us are subject to the laws and rules set down by others. We lack self belief and the confidence and conviction of our own beliefs. If you feel strongly about something, speak up. You may find that many others feel the same way you do but are too afraid to stick their neck out. Do it for you and for those meeker than yourself. Who knows – you may start and amazing trend that works wonders in our world. Never be afraid to say what you think.

Often, what stops us from speaking out is the fear of being ostracized or rejected by others. This fear keeps us small and hidden. The wise one knows that we all have a purpose on this earth and that we have a right to an opinion just as much as the next person. Never let societal pressure stop you from seeking the truth or being true to yourself. You came into this world alone and you will leave it alone – your time here in earth should be used wisely. You can make an equal impact but you need to believe in your ability to get your message across and stand out. Challenge the order of the day if it is inconsistent with love, kindness and tolerance.

Each one of us wants to feel we made a difference. This can only be done if you resist groupthink and don’t allow anomie to set in, leaving you feeling powerless and apathetic. Be the one who goes to help a person in need when everyone else is mutely standing by. Another psychological concept known as the “bystander effect” illustrates the groupthink mentality:

The bystander effect, or bystander apathy, is a social psychological phenomenon that refers to cases in which individuals do not offer any means of help to a victim when other people are present. The probability of help is inversely related to the number of bystanders. In other words, the greater the number of bystanders, the less likely it is that any one of them will help.

Ignore the noise from others and trust in your altruistic nature. The more goodwill and support we show each other, the less likely anomie is to pervade societies. We begin to feel we have the power to make a difference and this psychological boost encourages us to be braver and more outspoken.

Solidarity and connection comes from many individuals supporting the same ideas, not from a few leaders instructing submissive masses to do as they’re told.