The importance of emotional intelligence 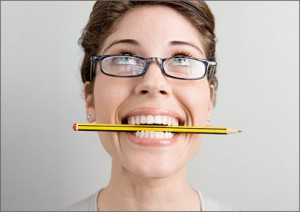 The Importance of emotional intelligence

Being able to read others, express empathy and tune in to how other’s are feeling leads to a more successful life than someone who is academically gifted. As Aristotle once said: ‘Anyone can become angry – that is easy. But to be angry with the right person, to the right degree, at the right time, for the right purpose, and in the right way – this is not easy.’

Aristotle’s challenge becomes all the more important in a technologically advanced world, because the meaning of ‘civilization’ ceases to be technological, defaulting back to the nature of man and the quest for self-control. The obsession with IQ was a product of the 20th century’s model of mechanistic achievement; EQ, in its focus on empathic people skills and relationships, is a basic success element in a more fluid and creative 21st century economy.

The corporate world and emotional intelligence

The wise managers and directors are those that also look at the happiness of their employees. The happier an employee, the more they produce = more profit. Unfortunately the corporate world works from a limited perspective and often ignores the importance of emotions and relationships in the workplace. Google are going some way to dealing with this as they have placed a giant slide for employees in their office. Small gestures like this can make all the difference to productivity!

Daniel Goleman has wrote a fantastic book about emotional intelligence and how it should be taught in schools. Society would be a far better place if we had more empathy and were more self aware of our own emotions.

The most alluring implication of this book by Daniel Goleman: Emotional Intelligence is that greater awareness and control of our emotions on a large scale would mean an evolution of the species. We believe that hate, rage, jealousy, etc. are ‘only human’, but when we look at the finest human beings of this century – the Ghandis, the Martin Luther Kings, the Mother Teresas – we find such negative emotions were remarkably absent.

These people were able to express anger according to Aristotle’s dictum – they could use their emotions instead of letting their emotions use them. What could be a better definition of civility or humanity?