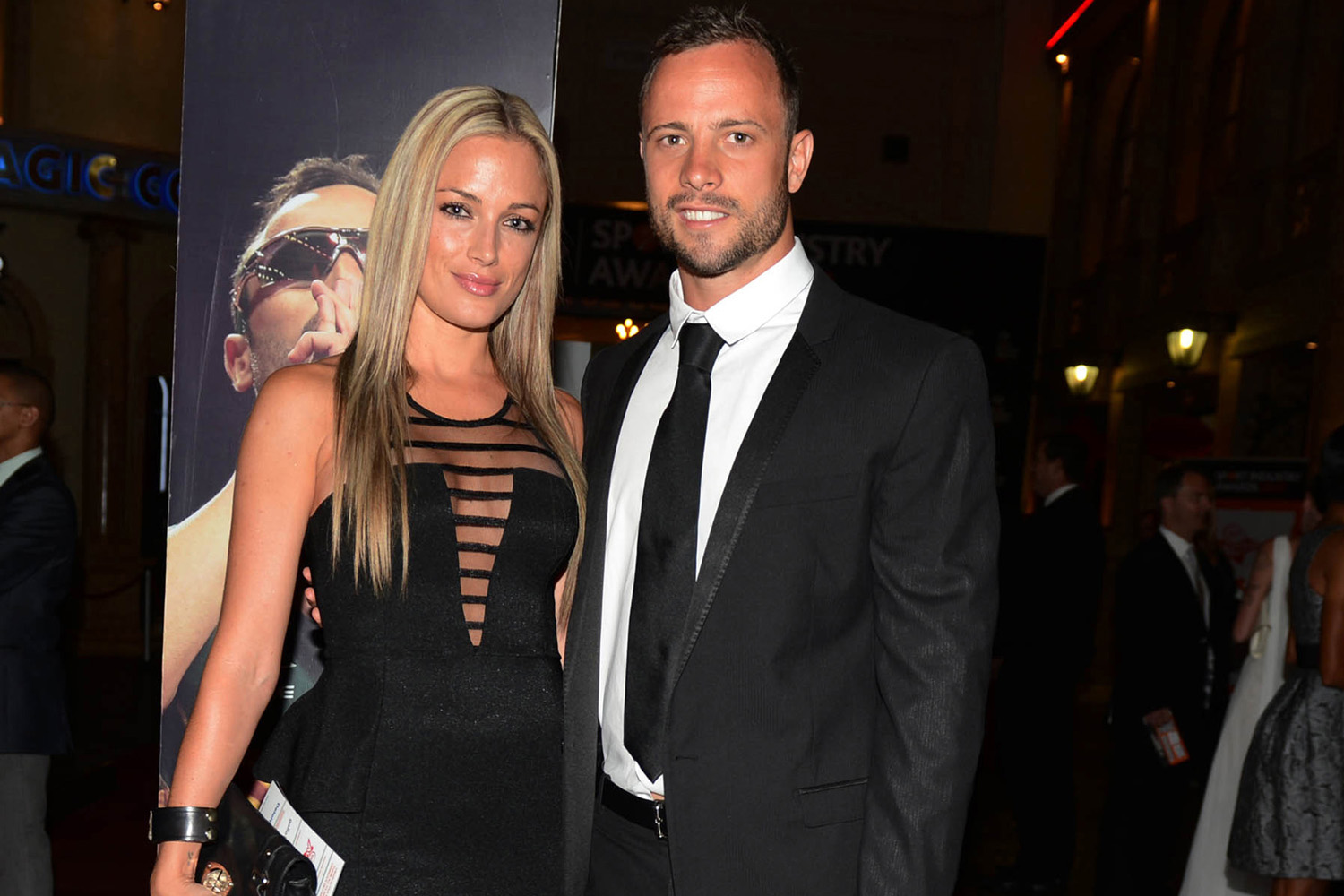 In my opinion, Oscar Pistorius is guilty and here are my reasons as an objective expert:

No Response from Reeva

It is possible, but highly unlikely that Oscar would not have confirmed that Reeva was in the bed before advancing towards the ‘noise’ in the bathroom. His version is so improbable – it’s ludicrous. The fact that he did not once get confirmation from Reeva before shooting through a closed toilet door supports the State’s case that he intended to shoot Reeva. The locked bathroom/toilet door and the fact that Reeva had two cell phones with her seems odd if she had quietly and quickly crept out of bed to use the toilet without Oscar noticing. She was dressed and had not been sitting on the toilet when she was shot. If she had just used the toilet (according to Oscar’s version), surely she would have flushed the toilet, the noise thereby possibly alerting Oscar to the possibility that it was Reeva behind the closed door?

In my opinion, it is no coincidence that the shooting happened on Valentine’s Day. This is often a time when rows and arguements erupt between couples – especially when one partner is insecure. Apparently Reeva Steenkamp met with her ex boyfriend two days before she was murdered. Perhaps this was the catalyst for the alleged argument the night of her death? Any sense of insecurity can be heightened on/around Valentine’s Day and I have witnessed this within my professional capacity as a Psychologist.

The defence have sought to show the physical vulnerabilities of Oscar due to the fact that he has no lower limbs.

Glazer of the National Organization on Disabilities said there tends to be a “knee-jerk” reaction to assume that becoming disabled is “the most traumatic experience on earth,” but it’s not true because people adapt.

Pistorius’s legs were amputated when he was an infant.

“Anyone who can figure out how to win an able-bodied track medal in the World Championships, participate in the able-bodied Olympics, and then win a gold in the Paralympics, has figured out how to adapt to his disability,” Glazer said. “It’s highly unlikely that the same disability would trigger hyper-vigilance or other stress reactions.”

The flip side of this vulnerability is the creation of massive insecurity compared to able-bodied men. It is clear to me that Oscar Pistorius suffered from insecurity and it may have been this that motivated him to prove himself and do so well in the sporting world. It is this same insecurity that would emerge in a very negative way in romantic relationships. Evidence that Oscar was possessive,jealous, insecure and controlling has emerged from text messages between Reeva and Oscar.

In a Whatsapp conversation sent on 27 January 2013, Ms Steenkamp wrote: “I’m scared of you sometimes and how you snap at me.”

The model also wrote she felt “picked on” and “attacked” by the one person she “deserved protection from”- referring to the athlete- and was upset by his jealous tantrums.

Ms Steenkamp also wrote she was trying “her best” to make him happy but felt he “didn’t treat her like a lady” and recalled an incident where he “criticised” her so “loudly everyone” could hear it.

“You have picked on me incessantly since you got back from CT (Cape Town) and I understand that you are sick but it’s nasty.

I’m terribly disappointed in how the day ended and how you left me. We are living in a double standard relationship where you can be mad about how I deal with stuff when you are very quick to act cold and offish when you’re unhappy.

I get snapped at and told my accents and voices are annoying. I touch your neck to show u I care and you tell me to stop. Stop chewing gum. Do this don’t do that. You don’t want to hear stuff cut me off.

From the outside I think it looks like we are a struggle and maybe that’s what we are.

Cos right now I know u aren’t happy and I am certainly very unhappy and sad.”

I am an expert on abusive relationships and the above texts suggest “text book” emotional abuse. In my opinion, Oscar Pistorius has an abusive streak and would be very difficult to please in a romantic relationship. I believe that he really liked Reeva but this would also result in more emotional triggers for Oscar Pistorius as the more we are emotionally invested in a relationship, the more insecure we can feel. Depending how you look at it, the defense could be doing themselves a disservice by trying to prove how much Oscar liked Reeva and wanted her to be a part of his life. I believe that Reeva, more than the other women in his life, triggered his insecurities to a more dangerous level than he’d experienced previously.

According to reports, Oscar had a temper and liked to get things his way. A sense of entitlement pervades whereby Oscar Pistorius finds it difficult to accept blame for things. The gold medallist opened up about his temper problems behind the scenes of his interview on the presenter’s Piers Morgan Tonight show. He admitted off-camera that he had anger issues that he was trying to resolve.

There were chinks in this veneer, however, which betrayed a more fiery side. During the London Paralympics, he hit out at his rival Alan Oliveira after being beaten in the 200 metres final, and days later he stormed out of an interview with the BBC when he was asked whether the authorities considered him an “inconvenient embarrassment”.

Elsewhere, his temper has flared in private. Soon after Pistorius returned to South Africa from London last year, he allegedly threatened to break the legs of Quinton van der Burgh, a millionaire television producer.

In 2009, Pistorius was arrested for assault after slamming a door on a woman and spent a night in police custody. Family and friends said it was an accident and charges were dropped.

At Schipol Airport in Amsterdam in 2006, Pistorius was detained after being accused of making a false declaration over a plane ticket, and was held again after security officers found traces of explosive material on his prosthetic limbs.

In 2008, he crashed his boat into a submerged object on a river south of Johannesburg, breaking his jaw and requiring 172 stitches in his face.

Oscar Pistorius allegedly fired an gun out of a car’s open sun roof and was also involved in an incident where a gun accidentally fired in a restaurant. Oscar allegedly persuaded a friend to take the blame for that.

Oscar Pistorius has recently undergone a mental health assessment and the experts involved have found that he is not narcissistic. I find this very surprising and don’t agree with their findings.

Narcissistic Personality Disorder is characterized by a long-standing pattern of grandiosity (either in fantasy or actual behavior), an overwhelming need for admiration, and usually a complete lack of empathy toward others. People with this disorder often believe they are of primary importance in everybody’s life or to anyone they meet.

Narcissists are often deeply insecure, highly fearful of abandonment, and paranoid. When cornered and caught, these pathological types drop the grandiose and entitled front and instead manipulate the consciousness of others by engaging and parading their insecurities to gain pity.

Oscar’s attitude of entitlement and inflated sense of self no longer serve his current agenda, which is to save himself from punishment. Understanding and accepting how easily a narcissist can switch gears should be obvious to the experts.

In my opinion, Oscar Pistorius displays most of the signs listed above in the way that he does what he wants and expects others to fit in with his plans. The texts from Reeva also show someone who likes to be in control.

Another alleged incident in November 2011, to add to the growing list:

“Marilyn and I were rocking away to the fantastic Shadowclub when we were practically shoved off our feet by Oscar (Pistorius).  This was no accidental stumble! It was a pure and simple act of arrogance and aggression.  When Marilyn (in a firm but extremely non-aggressive manner) told Oscar that his behaviour was rude and unacceptable, she was met with a flurry of verbal abuse! This included being labelled “f…ing lesbians” and a significant amount more. Good manners preclude a repetition of the full gamut of the tirade.  Marilyn – profoundly taken aback – said to Oscar “what is your problem”.  His reply: “I’m drunk, what’s yours.” “

Oscar made a poor witness during his trial, being vague and contradicting himself. The defence seem to be finding new ways to try convince Judge Thokozile Masipa that Oscar Pistorius truly believed there was an intruder in the house. These last ditch attempts seem half-hearted and I cannot see how they add to Oscar Pistorius’s credibility at all. Oscar’s intense nature, his disability, his love of guns, his upbringing that encouraged him to see himself as “normal” and his entitled, almost arrogant attitude have all been a recipe for disaster.

Sadly, even if Oscar Pistorius is found guilty, there are no winners here. A beautiful young woman is gone and a talented athlete with a bright amazing future is no longer a reality. In the past, the sprinter has spoken of his excess energy, his determination and his recklessness – the keys to his success, but also the reason he has lived on a knife edge. Sometimes, the very talents that allow us to reach further than others can be the same talents/reasons that enable us to come undone.