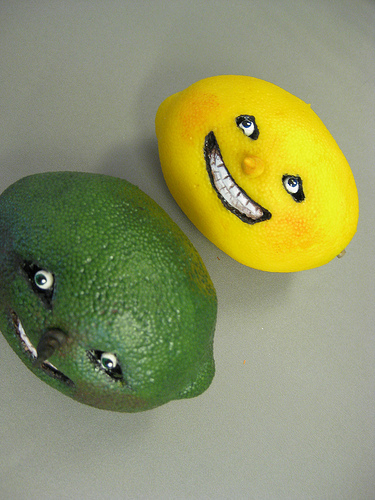 The passive aggressive person is often seen as a nice person who would do anything for others. They are rarely seen as an obvious monster. There’s two sides to this person though – the generous side, the person who will help and smile and help others, then there is the angry side. The side that is suppressed due to an inability to express anger in a calm and controlled manner. They are not very good at regulating their emotions.

Those that know a passive aggressive person well, will often feel shut down, not heard and dismissed. There is often a huge lack of understanding of their own emotions, needs and wishes and as a result, they project this confusion onto others, feeling that they are often misunderstood by others. They often see themselves as the victim. They seethe with resentment and anger but feel this inability to articulate their feelings in a healthy way – often learned in childhood.

Passive aggressive behaviour often stems from a childhood where the child felt powerless and unable to show anger. More often than not, their parents would have been strict and would’ve imposed their will upon their children – almost seeing their children as objects. A child growing up in the environment would’ve quickly learned the negative consequences of showing anger or refusing to agree with a parent. So, in order to survive and stay sane and with no healthy outlets, children learn passive-aggressive ways to get back at their parents and figures if authority that stifle them.

They may hide things, lie, steal, withhold information, damage property, pretend to do chores that haven’t been done – they can find ingenious ways to feel they are winning against their ‘oppressor’. Unfortunately, these survival skills get carried into adulthood and when they feel the same helplessness in a relationship, instead of confronting the issues like a mature adult, they will begin their subtle passive aggressive styles of behaviour to get their way. To them it is a safe way, without confrontation that still allows them to feel they are winning. A very dysfunctional attitude as an adult and a precursor to disaster in adult relationships.

1) They avoid responsibility by forgetting. A very clever way to shirk their responsibilities is to forget. They will promise to help you, bring over something you need or something similar and then they will make you wait..and wait. The odd forgetful moment is normal, of course, but this will be a regular occurrence expressed as a genuine case of memory loss. Not only is this convenient as it means they do not need to deal with responsibilities, but it can also leave the other person feeling incredibly unimportant and ‘last on the list’.

2) Lack of empathy – they can be incapable of forming a genuine emotional attachment with others. They distrust others and feel they always need to keep detached so that they do not get taken for a ride by others. This is how they see the world and they expect that everyone else sees the world the same way.

3)Skewed version of the world. Passive aggressive’s have a dysfunctional way of looking at the world and they will do their best to foist this view on you. Their black-and-white take on the world helps them to make sense of life and they will rigidly stick to their beliefs, even when shown evidence to the contrary.As a result they are often judgmental, bossy and inflexible.

4) When there are problems, a passive aggressive person will often completely withdraw from the relationship. They cannot deal with the tough times in life. Their primary concern is themselves, they don’t like to feel pressure and deal with adult responsibilities.

They will deny evidence of wrong doing or being unsupportive, distort what you know to be real to fit their own agenda, minimize or lie so that their version of what is real seems more logical.

The passive-aggressive person rarely looks at their own behaviour or considers how their behaviour is impacting upon those around them. Of course, any negative outcomes are due to everyone else, never them. They want love and attention but also have a need to maintain control and tis is why they can often come across as cold and aloof. They often see others as objects, a means to an end rather than as a person who needs reciprocal care and input.

Many passive-aggressive’s lacked any sense of control as children, not even the normal aspects that most children are allowed – such as to express negative emotions such as anger or to be able to disagree with their parents and negotiate. There is no room for negotiation when you grow up with dictators as parents.

The young child is not allowed to express his/her feelings and develop a sense of self. They want their mother’s attention and care yet they resent her continual intrusion. Their anger grows but they cannot express it so it becomes submerged and is expressed in an unconscious ‘You can’t tell me what to do.’ He/she is not allowed to get his/her way by direct confrontation and competition so he/she learns to displace their anger through resistance. They learns to use charm, stubbornness, resistance and withdrawal to protect themself in power struggles. He/she rebels by becoming moody, being an underachiever or developing behaviour problems.
Passive aggressive people are usually unaware that the difficulties they encounter in their life are the result of their own behaviour. They do not connect their passive resistant behaviour to the hostility or resentment other people feel towards them.

How to manage passive aggressive people

Try not to take their behaviour personally –  what they do has more to do with their own issues than it has to do with you. Try not to automatically assume that they are directing negative actions towards you and always try to think of other possible reasons for why they do things. It may very well have nothing to do with you at all.

Passive aggressive behaviour is tough to deal with because their behaviour is seldom overt and direct when it comes to hostility. Getting sucked into ‘operating’ the same way that they do will not help the situation. You will just be met with more subtle hostility and denials. Instead, distance yourself for a while if you can to get yourself back on an even keel. Once you are thinking rationally you will be better able to deal with the passive aggressive person.

When we experience passive aggressive behaviour, we tend to withdraw and end the interaction or we use tit-for-tat behaviour. These strategies aren’t helpful but sometimes, acting dumb is a useful tactic.

This can cause confusion for the passive aggressive as they are used to people shutting down or becoming emotional when they use their passive aggressive behaviour. Try to understand how they think and by asking and trying to illuminate their thinking, they might just back down in the process.

Accusing a passive aggressive never works. Using assertive script is a way to get the message across without seeming accusatory.

So what I’d like you to do is…….. (only promise when you are sure you can do it)

The brackets content gets replaced with your own specific example.

When we use language such as “you always” or “you never..) it creates barriers to communication.

Avoid making accusations and statements that begin with you, which are more likely to trigger defensiveness. Instead, use sentences that begin with I, it, we, let’s, and this, followed by facts. For example:

Passive aggressive types can be tricky to deal with but there are ways to cope and manage that help you maintain your sanity.