My life with a narcissist 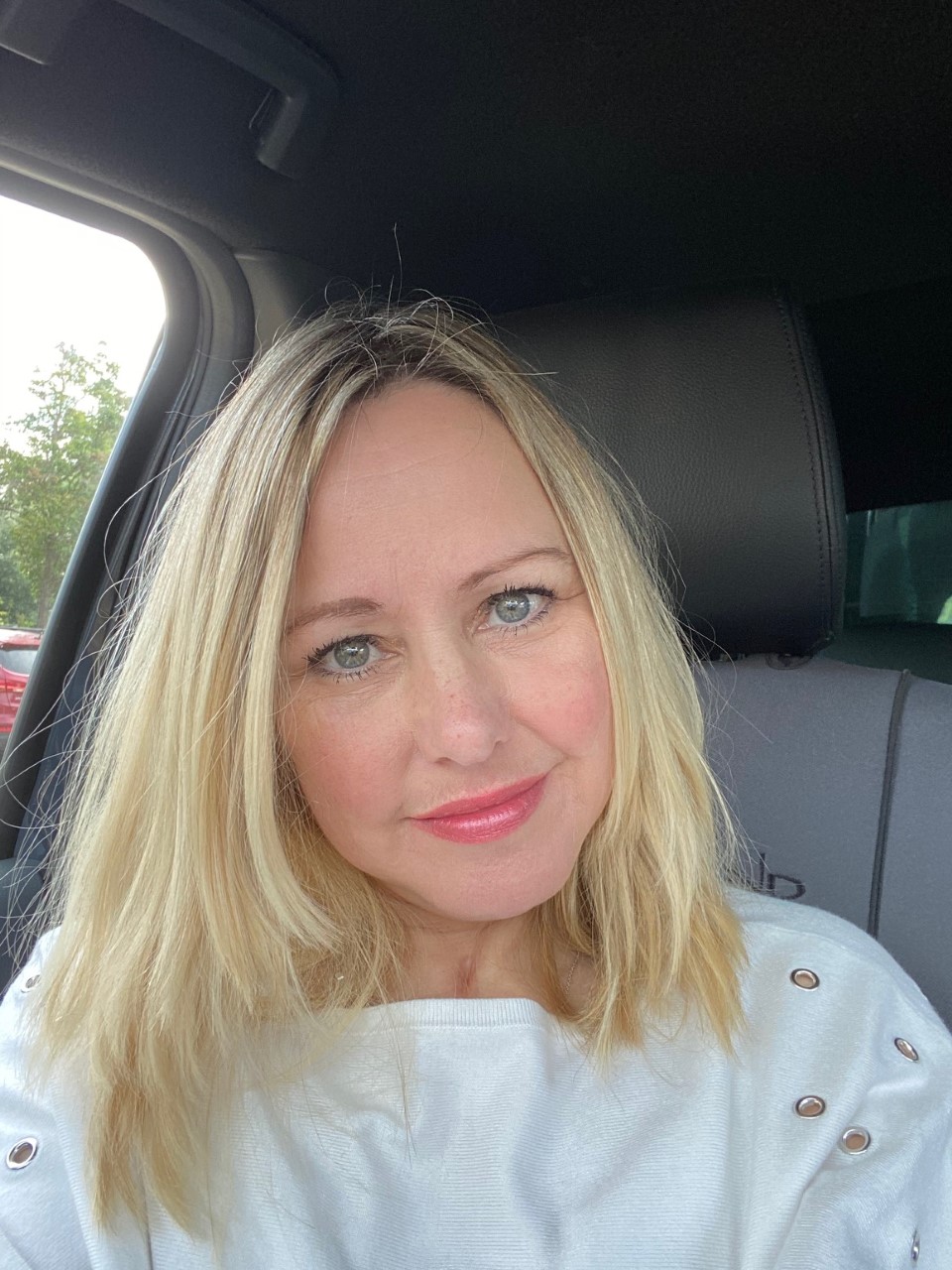 It started off well enough. Our first date went pretty well. I thought he was nice but it was the way he seemed so eager after the date that really drew me in. He couldn’t wait to see me again and I was flattered. He was charming, attentive, and seemed to want to help and make my life better. He offered to help my son who had a fear of flying and said once that he would rather pay me than have me see clients that wore me down. I thought that was so sweet, protective, and caring.

About 5 months into the relationship we planned to go to Singapore and Australia. At Heathrow, we were told that I couldn’t get on the flight because my passport wasn’t valid for 6 months after travel. He went berzerk. Swearing and shouting and complaining that his birthday was always ruined (we were going to spend one night in Singapore for his birthday). He had booked a hike in New Zealand for a few days into our trip and insisted he had to leave because he didn’t want to miss the trip. And so he left. No thought for me, no offer to stay with me to organise my passport. It took 24 hours to get a new passport (amazing!) and I headed off a day later. His trip wasn’t delayed and he still spent 3-4 days with me in Melbourne before leaving for his hike.

We met my Aunt in Melbourne and during our first dinner, he scolded me for taking my mobile phone out. I was doing it to show my Aunt a photo of my son. And so this sort of thing continued…

He broke up with me a month later and was with someone else two weeks later. That lasted three months. I was devastated when he broke up with me and instead of seeing the blessing in disguise, I chased him. I was bereft without him and this can be traced back to my chaotic childhood and fear of abandonment.

Break up and getting back together

About 5 months later we were back together and in the four years together in total, we broke up at least three times. Against my better judgement, I always wanted to return. As bad as the relationship was, it was still an improvement on being alone. That always scared me the most.

I knew that this craving to get back with him was dysfunctional and against my better judgement but I still yearned for him. Imago Theory suggests that we identify dysfunctional patterns in relationships from our childhoods and we try, as adults, to fix this and complete the cycle. If we can get the narcissist to love us, it is evidence that we really are loveable.

During our relationship, I found out that he had been on the dating site, Match, for 9 months. A friend eventually told me after I had been explaining to her how I doubt myself so much and feel controlled in the relationship. When I confronted him he dismissed it as “light window shopping” and swore he never met up with anyone. Yep…I still stayed.

He would comment on what I ate, how I spoke, my posture at the dinner table. He made jokes to colleagues about how he had “dumped” me. I felt so stupid. Once, he told me that he would not allow me to order a pancake because he didn’t want me messing syrup on myself. We were due to fly in First Class and he said he didn’t want me going into First Class looking a mess. I told him that I had a spare change of clothing but to no avail.

He would make decisions without discussing them with me. I spent Christmas alone because he had made other plans. He seemed incapable of thinking about anyone other than himself. He also lacked empathy and trying to explain to him how his actions made me feel landed on deaf ears. I realised soon enough that if I was going to stay with him, I would have to accept that my emotional needs (or any needs for that matter) would never be met and that he would always put himself first.

At first, he was generous. He would help me if I didn’t have enough to make ends meet and would help me out if he wanted me to go on a trip with him overseas. This covered my lack of earnings while we were away. I was very fortunate to travel to many countries with him. I noticed though, that he would help me on some occasions (I rarely asked for money from him) when it benefitted him (for instance, if he wanted me on a trip) but if it didn’t really benefit him, he wouldn’t help out. I spoke to him about this one day in a clumsy way and he never ever let me forget it, telling me I was ungrateful. I had done loads for him in the past and he wasn’t necessarily grateful but I felt persecuted for this one incident and he never let me forget it. Generosity came to a grinding halt – that taught me.

This is when someone tells you they never said something that they did say or they make you feel you keep misunderstanding what they said. Funny that, he is the only one this seemed to happen with. I never had other people telling me they never said things or that I clearly kept on misunderstadning them. You start to doubt yourself, and you spend inordinate amounts of time thinking about the narcissist when they aren’t around you – Am  crazy? Am I being unreasonable? You begin to lose your sense of normality.

Then he decided he wanted to become a ski instructor in Colorado. Over the winter months – December to March he spent two weeks of every month there. He shared a house with two other woman (one of which he admitted he fancied – at least he was honest!) and they were ‘allowed’ to leave the house in a mess. Once when I visited there was green mould in the fridge and crumbs everywhere as well as dirty dishes left in the sink overnight. It was unacceptable for me to do this at his home in the UK. He once cleaned around crumbs/food I had left on a kitchen counter to shame me the next morning.

When I asked him why it was okay for them to leave the house in such state when he wouldn’t tolerate it wtih me, he would say that the house in Colorado wasn’t his proper home, it was only rented. huh? Either you dislike an untidy home or you don’t. It made me feel belittled.

When we went skiing he lacked patience and had me in tears often. When I tried to speak to him about this, he said “You have a bad attitude”. He left me on the slopes alone too on slopes far too steep, he seemed to lack any conscience!

I’m not saying I am perfect. I can react passive-aggressively when he made me angry or if I felt devalued. I would push back in my own way and perhaps I was ungrateful in some ways but my general demeanour was always kind and considerate. I started to withdraw though, and slowly but surely, his behaviour towards me crushed the love I felt.

I felt exhausted with this ‘heaviness’ around me constantly. He would rarely ask me about my life, he was always far too preoccupied with his own issues. If he did something nice for me, it would be something I would have to be eternally grateful for. He couldn’t stand any criticism and would often react with, “Well if that’s how you feel this isn’t a very good relationship is it?” That would shut me up because it felt like a threat of imminent abandonment.

Over time the rages became more pronounced. he would swear and shout and throw things. Often, it would be over relatively minor things – not being able to access a website, when his cooking went wrong, or he missed a turning on the motorway etc

Once he was annoyed when we landed in St Lucia and I took too long getting through customs. I didn’t check any luggage through so I had to carry all my bags about 3 blocks to the terminal whereas he took a shortcut (he’s a pilot). I was already anxious about delaying him and then noticed that he was standing near the exit looking angry and tapping his watch. That was the start of that trip!

He never seemed to place much value on people, instead he was very task orientated. When it was his mother’s 80th birthday he moaned and shouted about the fact that it was a nuisance to have to go to her birthday which was an hour away, when he was so busy. One important signal to take note of is how someone treats their mother! He always criticised her and seemed to resent having to call her or spend any time with her.

He wanted unconditional adoration without any reciprocation from him.  He also cared deeply about what others thought of him and would often talk more about himself rather than ask others about their lives.

Writing this has been very cathartic. If you are in a relationship with a narcissist, it might help to write it all out. It clarifies things when it is on paper. Don’t be hard on yourself if you are still in a relationship with a narcissist. I am a therapist, could see what was going on and STILL found it really really hard to break away. It’s rarely a simple case of just walking away.

Try this test if you suspect you might be in a relationship with a narcissist, although deep down you probably know but you doubt yourself because narcissists are manipulative and muddy the waters.

Narcissist Test – Take this test to find out if you are in a narcissistic relationship.