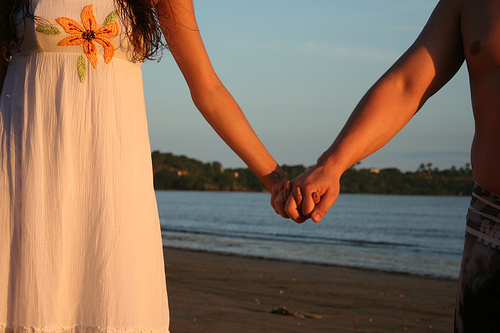 Monogamy is a subject that has given me much cause for thought. I have seen many clients who have been touched by affairs, lies and heartache. I have also met with clients who have extolled the virtues of polyamorous relationships. So which is best and which is natural?

Recent evolutionary research highlights how unusual monogamy is across animal species (reported in the book Sex at Dawn). While it’s often thought that men are more promiscuous than women, Christopher Ryan, a PhD of psychology and co-author of the book Sex at Dawn,  it doesn’t have to be this way.

The basis of western partner relationships has shifted over the past century from pragmatic and economic concerns to an overwhelming emphasis on romantic love. There have been related shifts in living arrangements from extended to nuclear families, and with increasing numbers of people living alone and not having children.

Turning to psychological elements, we find that people experience their relationships in a diversity of ways, even within one culture or community. Ask people their reasons for getting married, or swinging, or having an affair, and you will get a wide range of responses. For example, some openly non-monogamous people emphasise their individual freedom or hedonistic pleasure; some have political reasons to do with the patriarchal and capitalist history of monogamous marriage; some feel it is an inherent part of their being, akin to a sexual identity; some wish to connect with multiple people, to find a sense of belonging, or to avoid the risks inherent in pressurising one relationship to meet all of their needs.

We need to get beyond our cultural obsession with what is “natural” when it comes to human relationships, and the common assumption that this equates to what is “normal” and also to what is “good”. Instead we should turn our attention to the diversity of ways in which humans connect, and ask ethical questions about how we relate to each other in a world of ever-changing relationship rules. Is monogamy natural or a product of our culture and conditioning?

While I prefer the idea of monogamy, what I see going on in the world leads me to believe we are trying to be something that we’re possibly not meant to be. Many people, far more than the average person is probably aware of, engage in  suppression of desire  – at least on the surface. There is a huge unseen world of hidden desire and acting out on these desires is common place despite being so well hidden.