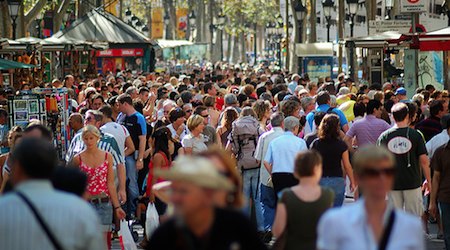 Socialism for the Rich and capitalism for the poor is a fairly self explanatory statement, under Neoliberalism businesses and companies are afforded protection and corporate benefits, whilst the rest of us are subjected to the slavery and low pay of Capitalism, in effect the rich and those who own and run big businesses are immune from the destructive qualities of capitalism, whilst we pay for all of its flaws and inadequacies.

Â Add to this the astonishing fact that citizens of Selfish Capitalist, English-speaking nations (which tend to be one and the same) are twice as likely to suffer mental illness as those from mainland western Europe, which is largely Unselfish Capitalist in its political economy. An average 23% of Americans, Britons, Australians, New Zealanders and Canadians suffered in the last 12 months, but only 11.5% of Germans, Italians, French, Belgians, Spaniards and Dutch. The message could not be clearer. Selfish Capitalism, much more than genes, is extremely bad for your mental health. But why is it so toxic?

The top 1% of British earners have doubled their share of the national income since 1982, from 6.5% to 13%, FTSE 100 chief executives now earning 133 times more than the average wage (against 20 times in 1980); and under Brown’s chancellorship the richest 0.3% nobbled over half of all liquid assets (cash, instantly accessible income), increasing their share by 79%

What does the damageÂ to mental health is the combination of inequality with the widespread relative materialism of placing a high value on money, possessions, appearances and fame when you already have enough income to meet your fundamental psychological needs. Survival materialism is healthy. If you need money for medicine or to buy a house, becoming very concerned about getting them does not make you mentally ill. Capitalism and the accompanying desire for fame and money nurtures unrealistic aspirations and a feeling of deprivation when the expectations aren’t easily met. This feeling of deprivation and constant comparison with what others have encourage mental illness. Needy, miserable people make desperate and greedy consumers that can be more easily influenced into buying what they don’t need in order to keep up with the “Joneses”.

Financial stress is brought upon us by capitalism which offers little incentive to feed hungry children, treat the sick, secure us in retirement or provide job opportunities for the middle class.

This is most damaging of all – the ideology that material affluence is the key to fulfilment and open to anyone willing to work hard enough. If you don’t succeed, there is only one person to blame – never mind that it couldn’t be clearer that it’s the system’s fault, not yours.Â

Not only would reduced consumerism and greater equality make us more ecologically sustainable, it would halve the prevalence of mental illness within a generation.Â