Living with a passive aggressive person 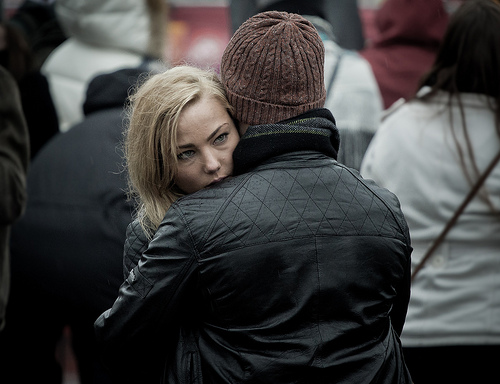 Living with a passive aggressive person

Think you’re going nuts? Full of self doubt? You might be dealing with a passive aggressive person. Passive  aggressive people deny other people’s needs and feelings. They close off opportunities to address issues that focus on how they can get their own way. In other words, they are very difficult to live with and they leave the recipient with self-doubt and frustration.

The key to this passive aggressive personality is the fear underlying their aggression. Once you know this you will be empowered to act differently and try to change the relationship, or decide to leave. Many passive aggressive people will sulk rather than raise their voices, explode in rage or come clean about what’s bothering them. Passive aggressive’s contain their anger but their message comes through loud and clear-I am angry and it’s your fault.

A good example of passive-aggressive behaviour: they have promised to help you move furniture but they failed to show up. You then get a call at midnight saying “why don’t you calm down? I didn’t call sooner because you said you needed more time to yourself… Remember?”

The passive-aggressive person will absorb your anger and when they do not respond your frustration rises and you show your irritation. This is what the passive-aggressive wants. They want to work you into a lather, confirming their impression of you as overbearing, emotionally volatile and untrustworthy and they become the wounded party. They are very good at twisting the truth and somehow it is never their fault.

Another ploy to get you off the subject and sabotage a fair fight is the empty apology, “I’m sorry. I didn’t mean to do it”. It’s usually meaningless. If the apology is genuine they will follow it up with a change in their behaviour.

How to deal with a passive aggressive person

The trick to dealing with submerged hostility is to bring it out into the open. Take a non-critical stance. A passive-aggressive person holds a fear of being hurt. When you retaliate, you effectively play into his dynamic, further fuelling the passive-aggressive’s anger. The second dynamic is their fear of hurting you and letting a passive aggressive person wantonly vent their anger on you in a hurtful way is very destructive. Expressing anger should be done in a constructive way with boundaries. Free expression of anger is a testament to the strength of a relationship, not to its fragility. Relationships that don’t acknowledge anger are much more brittle. The problem with the passive-aggressive person is that their fight is not part of their repertoire. They are used to other behaviour-clouding issues, sulking or sarcasm. They will not clarify what’s bothering them and they sometimes seem itching to pick a fight for no reason at all. Fighting with the passive-aggressive person is particularly tiresome because they’re always telling you how they have been victimised. They turn the tables every time.

Since they are super sensitive to criticism, call attention to the problem between tactfully. Many passive-aggressive people do grow up and change. Anger and aggression on natural emotions/behaviour. To be less angry is not the answer. Accepting anger is the solution.