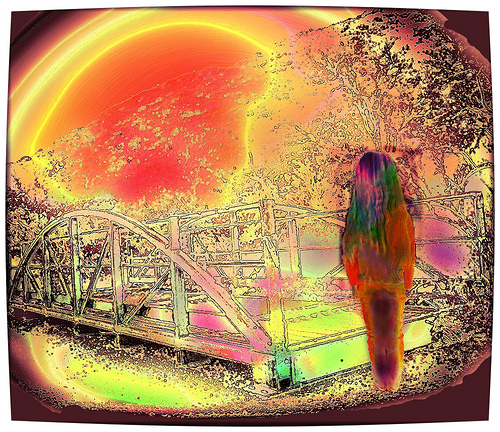 Is there life after death? This is a question most of us ask, if only fleetingly.

According to the largest ever medical study carried out on the subject, there is scientific evidence to suggest that life can continue after death,

A team based in the UK spent four years seeking out cardiac arrest patients to analyse their experiences. They found that almost 40% of survivors described having some form of “awareness” at a time when they had been declared clinically dead.

Experts currently believe that the brain shuts down within 20 to 30 seconds of the heart stopping beating and believe that it’s not possible to be aware of anything at all once the brain has shut down. Scientists in the new study, however, said they heard compelling evidence that patients experienced real events for up to three minutes after this had happened. They could also recall them accurately once they had been resuscitated.

Dr Sam Parnia, an assistant professor at the State University of New York and a former research fellow at the University of Southampton who led the research, said that he previously believed that patients who described near-death experiences were only relating hallucinatory events.

One man, however, gave a “very credible” account of what was going on while doctors and nurses tried to bring him back to life and says that he felt as if he was observing his resuscitation from the corner of the room.

Speaking to The Telegraph about the evidence provided by a 57-year-old social worker Southampton, Dr Parnia said: “We know the brain can’t function when the heart has stopped beating but in this case, conscious awareness appears to have continued for up to three minutes. The man described everything that had happened in the room, but importantly, he heard two bleeps from a machine that makes a noise at three minute intervals. So we could time how long the experienced lasted for. He seemed very credible and everything that he said had happened to him had actually happened.”

Dr Parnia’s study involved 2,060 patients from 15 hospitals in the UK, US and Austria, and has been published in the journal:  Resuscitation.

Of those who survived, 46 per cent experienced a broad range of mental recollections, nine per cent had experiences compatible with traditional definitions of a near-death experience and two per cent exhibited full awareness with explicit recall of “seeing” and “hearing” events or out-of-body experiences.

I have heard many stories over the years that have made me question what happens to us after we die. I like the idea of life after death, after all, who really wants to believe that once you die, that’s the end. You exist no more, not in any form. I can’t help be cynical though on some levels and wonder whether life after death is our way of making death seem less scary.

My Mother was very interested in life after death theories and read endlessly on the subject. I remember her telling me a story about astral travelling. The story involved a woman and her male colleague. She had gone to bed and had dreamt that she saw her male colleague reading a book in his arm chair in his home. She made a mental note of the page number of the book he was reading as well as the title. The next day at work she asked him what he had been doing the night before and when he confirmed that he had been reading a book and confirmed the title of the book, she was flabbergasted. I have no way of telling if this story is true but it intrigued me and I never forgot it. My Mum also told me that sometimes when we fall asleep, we jerk (I sometimes dream I am walking on a mountain and my foot slips) and this is our soul being rapidly pulled back into our physical body.

Of course this isn’t about life after death but it is yet another example of odd occurrences that we hear/read about in life for which we have no obvious scientific explanation. I have also had people tell me of being operated on and seeing themselves on the operating table, looking down upon themselves – hallucinations?

It makes me realise how little we understand and know about life and what happens after life.