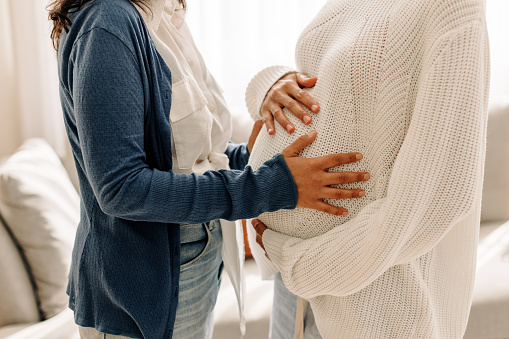 Surrogacy is an increasingly popular way for people to build or expand their families. It involves a woman (called the surrogate ) contractually agreeing to become a surrogate and deliver a baby for a couple or an individual who cannot do so on their own.

But while this arrangement seems to benefit all the parties involved, it has been associated with several social, ethical, moral, and legal issues. In this article, we’ll look into the various aspects of surrogacy and explain some of the things you need to know about the practice.

The idea of surrogacy has been around for centuries. The earliest mention of what looked like a surrogacy arrangement can be found in the bible when Sarah convinced her husband Abraham to impregnate Hagar, her servant, so they could have a baby. After Hagar gave birth, the couple took custody of the baby and raised him as their own.

However, the first-ever surrogacy contract was drafted hundreds of years later in 1976 by a Michigan lawyer named Noel Keane. In 1985, the first gestational surrogacy was successfully completed in the US.

The most popular case in the history of surrogacy is the Case of Baby M, who was born in 1986. After delivery, the surrogate and biological mother, Mary Whitehead, refused to hand over the child to the intended parents, William and Elizabeth, as agreed, leading to a legal battle that lasted months. It was this infamous case that helped shape future surrogacy arrangements and laws.

There are two main types of surrogacy arrangements: Traditional Surrogacy and Gestational surrogacy.

Gestational surrogacy, on the other hand, involves combining the intended father’s sperm with eggs from the intended mother or a donor to create embryos, which are transferred into the surrogate mother’s womb. In this case, the surrogate shares no genetic relationship with the baby she carries for the would-be parents.

Nowadays, gestational surrogacy is the most common type of surrogacy arranged in the US, as it is usually less legally and emotionally complicated for the parties involved.

Below are things that occur during a surrogacy process

Surrogacy offers a lot of benefits to both the surrogate mother and the intended parents. Here are some advantages of gestational surrogacy for hopeful parents:

Below are the perks of completing a surrogacy journey for surrogates

While surrogacy has become a common and accepted way to have children, it still raises a lot of concerns and issues. Many people believe that surrogacy treats a baby as a commodity that can be bought. There’s also a concern that surrogacy may involve the exploitation of young women from poor homes. Many of these women are illiterates who don’t even know their rights.

Another issue surrogacy has to do with the child’s rights. It is believed the baby has limited rights in surrogacy, and handing them over to the intended mother too soon can affect their breastfeeding.

Although more and more people are now having babies through a surrogate, there still are many legal, ethical, and social issues regarding the practice. Some people argue that surrogacy commoditizes children and takes advantage of poor women who are in dire need of money. However, when done ethically and professionally, surrogacy remains an excellent option for those looking to have children.