How to stop the arguments you’re always having 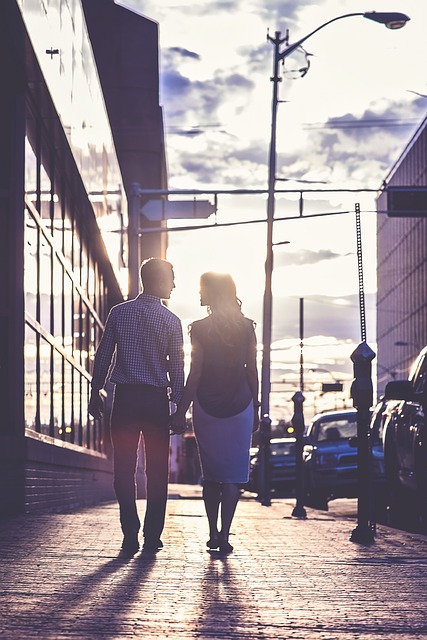 Part of diffusing conflict is related to validating the other person’s feelings and appreciating that he or she experiences things differently than you do. This insight can make a big difference when you deal with each other during disagreements.

The first dynamic is when you gather evidence that reinforces your beliefs and disregard evidence that challenges them. We call this confirmation bias. You purposefully didn’t call me yesterday because I don’t matter to you. Even if you told me, “I didn’t realize not calling you would make you feel that way, and I’m sorry,” I’m still going to prove you wrong. That’s how crazy it is—I would rather have my confirmation bias proven than to be relieved by hearing it’s not true.

That’s because a confirmation bias provides us with an order to our feelings, and we’d often rather have a shitty order than no order.

You’re convinced that only one person can be right—i.e., you—rather than accepting that there’s another person next to you who is having a completely different experience of the same issue and has a whole other point of view. That leads to a batlle of wills.

The second dynamic at play in an argument is negative attribution theory. If I’m treating you poorly, it’s because I had a bad day. If you’re treating me poorly, it’s because you’re bad at relationships. It’s the thinking that my experience is tied to a situation but yours is based on your character and is about you as a person. This thinking is flawed and suggests double standards are at play.

The third is the negative escalation cycle. This is when we incite from a person the very behavior we don’t want. There’s something in the predictability of this that brings us a defeating certainty, even though it’s the opposite of what we long for. For instance, I’m going to talk until you scream, then I’m going to say you’re a screamer and I can never get through to you.

None of these dynamics are productive because they lead to the same old fights. Moreover, we blame our partners, our colleagues and our friends for escalating the arguments and fail to see how much we contribute to our own misery.

Mistakes we all make

When we get going, we tend to use blame and words like “always” and “never”. You always do this, you never do that. It causes defensiveness and any meaningful conversation gets lost. What else is he or she supposed to do? You’ve just said that it’s a fact that they are a terrible person. Nobody likes to be defined by someone else.

Another mistake is chronic criticism—when you criticize so much that you leave the other person feeling like he can never do anything right. (That’s how contempt builds, and contempt is the kiss of death in a relationship.) The truth is, a criticism is often a veiled wish. When I say “You never do the dishes,” or  what I really mean to say is “I’d love for you to do them more.” But I don’t say that because it makes me vulnerable. If I put myself out there and say, I would really like this, and then you don’t do it, I have to think that you don’t care.
Ask for what you want, this is your responsibility in the relationship. It’s no good hoping your partner will know if you don’t spell it out for them.

How to break the bad patterns

Reflecting instead of reacting

A classic form of help comes from switching from reacting to reflecting. When you’re having a conflict, before you disagree, try telling the person you’re speaking with what you heard them say. Reflective listening involves REALLY listening before creating your response.

Research shows that when you’re in a disagreement, you’re generally capable of repeating what the other person said for only 10 seconds. After that, you go into your rebuttal or tune out. But it’s important to repeat what was said so they feel acknowledged.

“What I’m hearing you say is that when I do this at these moments, you feel X.”

It’s also helpful to use a method developed by relationship scholar John Gottman and colleagues called an XYZ statement: When you do X in situation Y, I feel Z. (Also known as Assertive Script).

“When we’re out with friends (or in a meeting) and you cut me off, I feel put down.”

Next comes validating and empathizing

People fight because they want to feel that they matter, that the other person respects what they’re going through. A simple I can see where you’re coming from is deeply validating. When your experience is acknowledged, you feel sane.

The two of you don’t have to agree, but you do have to acknowledge that there’s another person who experiences the event very differently from you.

“It makes sense that you would feel unappreciated if you experience my chronic tardiness as a lack of investment or a sign I’m taking you for granted. If I had interpreted my action that way, I could see myself feeling that way too. But that was not where I was coming from.”

Suddenly, you’re not arguing anymore. (This is not the same as agreeing to disagree, which actually creates a disconnect and means you’ve reached a dead end.) You are holding on to your truth yet are able to acknowledge that there’s another person who has another interpretation of the same event.

Ultimately, we all want to feel loved, cherished and validated. When we feel hurt, we may go about this in a way that backfires. Talk about how you feel, talk often and avoid blame. If the two of you can put yourselves in each other’s shoes, reflect on their position and problem solve around the issues you have a far better chance of avoiding the same old fights.