How defense mechanisms protect us 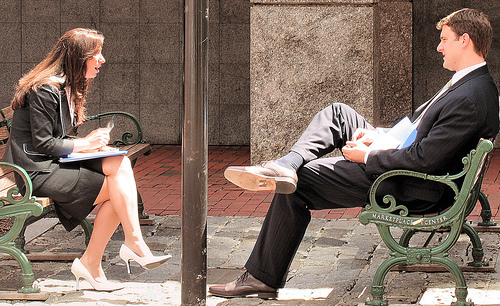 How defense mechanisms protect us

(and the best ones to use)

A defense mechanism is a psychological term that describes how people protect themselves from harmful emotions. It is a coping technique that is used to limit anxiety and fear. Defense mechanisms generally occur unconsciously-that is we are not aware that we are using defense mechanisms most of the time.

A good example would be of a child who is subject to cruel parenting. They may be unable to cope emotionally and create ways to lessen the emotional strain. One way to do this would be to dissociate (detach emotionally) from what is going on around them.

Denial is the refusal to accept the fact or reality. It is considered one of the most primitive defense mechanisms because it is characteristic of early childhood development. If we deny that a problem exists we do not have to attend to it. A person who is a functioning alcoholic will often simply deny they have a drinking problem and will point out how well they function in society.

Regression means going back to an earlier stage of development when the current stage of life is unbearable. For example, an adolescent who is overwhelmed with fear, anger and growing sexual impulses might become clingy and start exhibiting early childhood behaviours such as bedwetting. An adult may regress when under a great deal of stress-refusing to leave their beds in an attempt to avoid normal everyday activities.

Acting out occurs when a person feels incapable of expressing themselves verbally. Instead of saying, “I am angry with you”, a person who acts out may instead throw a book as a person will punch a hole through a wall. This acts as a pressure release and helps the individual feel, once again. It is very common to see a child have a temper tantrum when they do not get their way. Self injury may also be a form of acting out, expressing physical pain what one cannot stand feel emotionally.

People who have a history of childhood abuse often suffer from some form of dissociation. In extreme cases dissociation can lead to a person believing they have multiple selves (multiple personality disorder). People who use dissociation often have a disconnected view of themselves in their world. Time and their own self-image may not flow continuously as it does for other people. A person who dissociates can effectively disconnect from the real world and live in a different world that is not cluttered with thoughts, feelings or memories that are unbearable.

Compartmentalisation is a lesser form of dissociation. Parts of oneself are separated from awareness of other parts. The different parts behave with separate sets of values. An example might be an honest person who cheats on their income tax return and keeps the two value systems distinct and separate thereby escaping any tension due to conflicting values.

Projection is the misapplication of a person’s undesired thoughts, feelings or impulses onto another person. Projection is used especially when the thoughts are considered unacceptable for the person to express, they feel completely at ease with having them. For example, a spouse may be angry at their significant other for not listening, when in fact it is the angry spouse who does not listen. Projection is often the result of a lack of insight and acknowledgement of one’s own motivations and feelings.

Reaction formation is the converting of unwanted or dangerous thoughts, feelings or impulses into their opposites. For instance, a woman who was very angry with her boss and would like to quit her job may instead be overly kind and generous towards her boss and express a desire to keep working there forever. She is incapable of expressing negative emotions of anger and unhappiness with the job, and instead becomes overly kind to publicly demonstrate a lack of anger and unhappiness. In essence it is another form of denial in the form of the exact opposite of what they are feeling.

Repression is the unconscious blocking of unacceptable thoughts, feelings and impulses. The key to repression is that people do it unconsciously, so have very little control over it. Repressed memories are memories that have been unconsciously blocked from access or view. Due to the fact that memory is very malleable and ever-changing, it is not like playing back a DVD of your life. The DVD has been filtered and even altered by your life experiences, even by what you read or viewed.

Displacement is the redirecting of thoughts, feelings and impulses directed one personal object, but taken out upon another person or object. People often use displacement and they cannot express the feelings in a safe manner to the person they are directed at. The classic example is the man who gets angry at his boss but can’t express his anger to his boss for fear of being fired. He instead comes home and kicks the dog or starts an argument with his wife. Of course it works the other way around as well. This is a pretty ineffective defense mechanism because while the anger finds a route for expression it’s misapplication to other harmless people/ objects will cause additional problems for most people.

Intellectualisation is the overemphasis on thinking when confronted with an unacceptable impulse, situation or behaviour. No emotional context is used to help mediate and place the thoughts into an emotional human context. Rather than deal with the painful associated emotions, the person might employ intellectualisation to distance themselves. For example a person has just been given a terminal medical diagnosis, instead of expressing their sadness and grief, focuses instead on the details of all possible fruitless medical procedures.

Rationalisation is putting something into a different light or offering a different explanation for one’s perceptions and behaviours in the face of changing reality. Example: a woman who starts dating a man she really likes and thinks the world of is suddenly dumped for no reason. She reframes the situation in her mind with, “I suspected he was a loser all along.”

Undoing is the attempt to take back an unconscious behaviour or thought that is unacceptable or hurtful. For instance, after realising you just insulted your significant other unintentionally, you might spend the next hour praising their beauty, charm and intellect. This is an attempt to counteract the damage done.

Mature Defense Mechanisms (the most effective)

Mature defense mechanisms are the most constructive and helpful but may require practice and effort to put into daily use. While primitive defense mechanisms do little to try and resolve underlying issues or problems, which defenses are more focused on helping a person be a more constructive component of their environment. People with mature defenses tend to be more at peace with themselves and those around them.

Sublimation is simply the channelling of unacceptable impulses, and emotions into more acceptable ones. For instance, when a person has sexual impulses they would like to avoid, they may focus instead on rigorous exercise. Refocusing such harmful impulses into productive use helps a person channel energy that otherwise would be lost or used in a manner that might cause the person more anxiety. Some aggressive forms of sport could possibly be seen as a form of healthy sublimation.

Humour and fantasy are also forms of sublimation. They can both reduce the intensity of the situation and allow for more appropriate behaviour.

Compensation is a process of psychologically counterbalancing perceived weaknesses by emphasising strength in other areas. When we emphasise strengths, we recognise that we cannot be strong in every way and in all areas of our lives. For example, “I may not know how to cook, but I’m brilliant at cleaning up.” When done appropriately and not in an attempt to overcompensate, compensation helps reinforce a person’s self-esteem and self-image.

Assertiveness is the emphasis of a person’s needs of thoughts in a manner that is respectful, direct and firm. Communication styles exist on a continuum, ranging from passive to aggressive with assertiveness falling neatly in the middle. People who are assertive strike a balance when they speak up for themselves, express their opinions and needs in a  respectful but firm manner, and listen when they are being spoken to. Becoming more assertive is one of the most desired communication skills and helpful defense mechanisms.

Defense mechanisms are most often learned behaviours, most of which we learned during childhood. That’s a good thing because it means that as an adult, you can choose to learn some new behaviours and new defense mechanisms that may work better for your life.