What You Focus on Grows 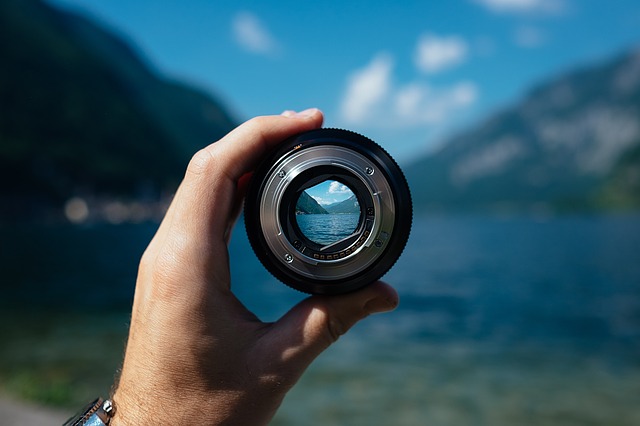 TheÂ law of attractionÂ is the name given to the belief that Â ‘like attracts like’Â and that by focusing on positive or negative thoughts, one can bring about positive or negative results.Â This belief is based upon the idea that people and their thoughts are both made from “pure energy”, and the belief that like energy attracts like energy.Â One example used by a proponent of the law of attraction is that if a person opened an envelope expecting to see a bill, then the law of attraction would “confirm” those thoughts and contain a bill when opened. A person who decided to instead expect a cheque might, under the same law, find a cheque instead of a bill. (https://en.wikipedia.org/wiki/Law_of_attraction)

While there is no scientific evidence to show that the law of attraction works, it makes sense to adopt an attitude of positive expectancy as it seems true that what you focus on grows. When we focus on what we want instead of what we don’t want, life almost becomes a self fulfilling prophecy. Positive expectancy primes us to be on the lookout for events and experiences that fit with what we believe and expect thereby offering up more positive lfe experiences. Well, that’s my theory anyhow!

One way that this works is when you meet others. If you believe that you are boring and have nothing to say you will be more likely to give off shy (possibly anti social as well) body language. This will, in turn, shape and influence how others react to us. Others will probably approach us with trepidation, being unsure as to whether we are shy or unfriendly. The cylce is therefore reinforced as we will be likely to interpret this reaction as ‘proof’ that we are boring and have nothing to say.

If our internal script is different and we tell ourselves that we are good company and that we can talk to anyone, we will most likely exhibit more open and approachable behaviour which will encourage others to be more friendly with us.

We often take our energy from those around us and I believe it is important to stay centred and make your own sunshine, so to speak. Even when face with dour company, being lively and upbeat will infuse the atmosphere with happy vibes. I have done my own experiments on this when I have been in the company of serious types that frown a lot. Instead of behaving meekly, I have made a point of being playful and have found that most serious types warm to this. You need to be able to read others well of course, but try to emanate positive energy where ever you go instead of tapping in to the existing energy. Negative energy exists in abundance and it can drain us if we don’t balance our internal reservoirs.

So, back to focusing on the good stuff…if life is going as you’d like it to you are probably doing a good job of focusing on the right things. Be excited, be inspired. If you are unsure about focusing on good stuff, make a visualisation board that you can look at regularly. A visualisation board is a collage of images, symbols that represent what you want to manifest in your life. Write about it, talk about it and make it become real. Avoid worrying about it though – focus on worries and they will grow!

It is important to understand that what you have in your life at the moment is there mainly because you have focused on it. If things aren’t good, stop and figure out how much you have been focusing on what you don’t want. If you tell someone not to think of a polar bear…the first they will do is conjure up a mental image of a polar bear. According to the Law of attraction, the universe works in the same way. If you tell yourself that you don’t want to end up jobless and homeless – these negative images are created. Instead focus on being in a happy stable job and living in a home that you love. Declare that you want to be happy, healthy and secure.

Focus on what you want and allow the universe/powers that be/energy..whatever it is, to help you achieve it.