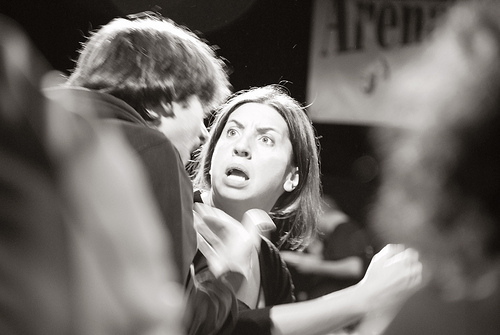 Domestic violence (now more commonly referred to as domestic abuse), is a broad umbrella term for many types of abuse that take place, mostly behind closed doors. Domestic violence can be divided into three categories:

Physical violence involves hitting, punching, restraining – any type of physical assault on another person. This type of domestic violence is a clear cut area as it is easily identifiable.

Emotional abuse is another type of domestic violence even though it cannot be physically seen. In many ways, emotional abuse can be harder to deal with as a victim often doubts their perceptions and the abuser will often belittle the victim, telling them they are being too sensitive. Emotional abuse involves name calling, constant criticism, treating you like a child, accusing and blaming (nothing is ever the abusers fault…they will tell you that you “made them do it” – this is utter nonsense. Never believe it. Silent treatment and withdrawing affection are also signs of emotional abuse.

Domestic violence is a growing phenomenon and affects men and women. It can be found in all walks of life. Domestic violence is well hidden and victims are often reluctant to come forward due to humiliation. Many feel they should have known better and fear being judged by others. Domestic violence can be likened to an iceberg – we only see the tip but underneath, there is a vast number of people suffering in silence.

I grew up in a home where there was domestic violence. I remember waking up when I was four years to my mother’s crying. I went to the lounge to see what was going on and my mother’s boyfriend had my mother on the ground. He snarled at “get back to your bed”. I was so frightened I did as he said. My mother and I were both petrified of Phillip. Eventually, my mother found the strength to leave him and no one believed that Phillip could possibly be capable of hurting my Mom. This same man told everyone what a devout christian he was and even gave me a Holy Bible as a gift. What a hypocrite.

Abusers can often be charming, they are  adept and adopting different personas to hide their dark side. Domestic violence is all about control. Abusers are good at justifying their actions either by blaming the victim or by minimising what they do. They very rarely look at their own behaviour and change their ways as they believe they are entitled to behave the way they do.

Domestic violence often comes from abusers who have witnessed violence in their own upbringings but this isn’t always the case. Alcohol and drugs can worsen a situation. If you think you are a victim of domestic violence, get help. Abusers rarely change their ways.

Physical abuse, jealousy and possessiveness, controlling finances, controlling where you go, who you see, how you dress. Belittling you, keeping you ‘small’ – often due to the abuser’s insecurities and low self esteem issues.

A book on the subject of domestic violence that I highly recommend: