Coercive control – the signs and what to do 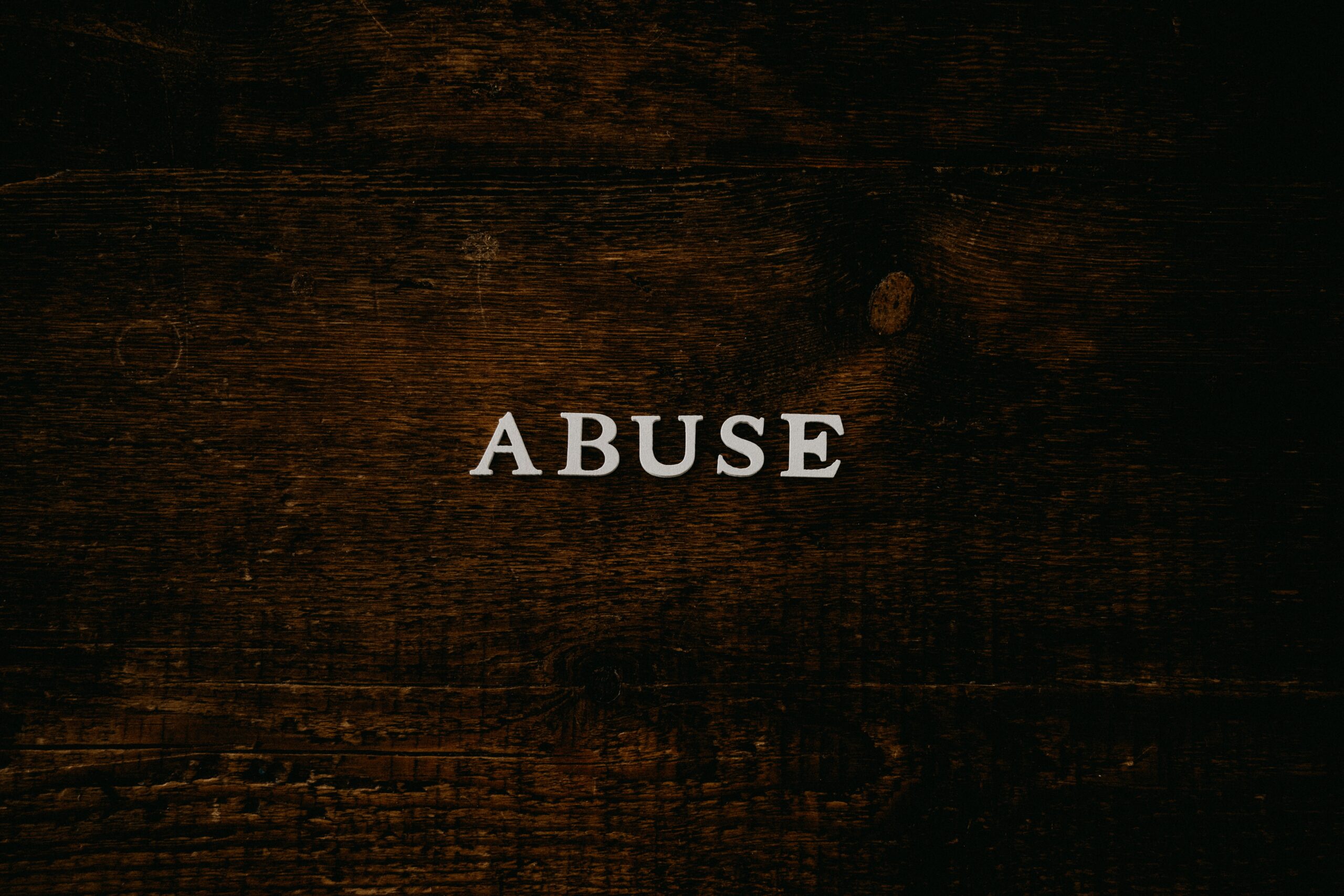 Coercive control can be difficult to identify and you might have been in a relationship for years without being fully aware that you are being coercively controlled. It’s easy to know when you are physically abused – you have bruises and injuries as evidence. Coercive control is more subtle. You might be aware that something feels off but you have most likely allowed your self-doubt to win.

Psychological domestic abuse is hard to identify. It is often only after the accumulation of many,  subtle and separate behaviours that domestic abuse can be identified
The behaviours are so subtly nuanced, so varying and, very often, so seemingly innocuous, that it is tempting to dismiss them as insignificant and harmless.

A new relationship starts off filled with promise and happiness. You feel giddy and in love. A new love interest can be very charming in the beginning. Most people are on their best behaviour initially and put their best foot forward. It can seem almost too good to be true. Be careful – negative changes can start within 3-6 months and true colours emerge eventually. No one can keep up the act forever. Over time, coercive control creeps in little by little.  A little jealousy can seem flattering but keep in mind that it could be the start of more extreme behaviour to come.

If your partner shows behaviours that aren’t one-offs but seem to form a pattern, take note:

Your abuser’s behaviour is considered to have a serious effect on you if:

Do you feel that you have been vigilant of your partner’s moods? Will they be okay today or will they snap at me and find something wrong no matter what I do? While we all have bad days, if you regularly feel that you have to keep your partner happy by changing your behaviour, you might just be experiencing coercive control.

Isolating you from friends and family

Over time, have you lost contact with friends and family? While some changes are to be expected, you should still feel free to see your friends and family whenever you want to without any resistance from your partner. If your partner makes you feel uncomfortable about going out without them, ask them what the issue is. Usually, it’s because they don’t want other people influencing you. It dilutes their control over you. Some partners see their relationship as a possession. you are an object not a person with equal rights.

When you feel stifled and trapped, it’s not a sign of a good relationship. If your partner wants to know where you are, gets irate if you don’t respond to calls or texts quickly and monopolizes your time – take notice. Some partners will comment on your posture (eg “Stop slouching, stand up straight”), others may tell you that you aren’t to eat bread or pudding etc

It’s not their choice to make. If they have an issue with your weight, this is something to be discussed in a kind and collaborative way. It should never be dealt with by being ordered to do something (or not do something). That’s a FAIL.

A question such as “Why did you do that?” can be a sign of coercive control if the tone is condescending. Coercive control isn’t always verbal. it might be a sigh, a shaking head, rolling eyes or a patronising tone. The message is clear – you are not measuring up according to your coercive partner. Ask yourself – Measuring up to whose standards? You don’t have to accept their standards. You have your own. Other common forms of control: sexual and financial.

If your partner belittles or finds ways to insult you subtly, this is a sign of coercive control. A healthy relationship doesn’t include demeaning your partner. if you value someone you support their endeavours. It’s easier to manipulate and control someone who has low self-esteem. Don’t react when they try to belittle you, simply answer “Whatever”. They want to destabilise you – don’t let them. See coercive control for what it is. If you don’t feel afraid of your partner, say what you notice: “Are you trying to belittle me?” Call it out, don’t ignore it and above all, try not to react.

Blaming you for everything

Coercive control usually involves making you the scapegoat for everything that goes wrong. It’s all because you weren’t organised enough, or it’s because (this one is especially popular) –  “You don’t listen”.

Somehow it’s never their fault and over time you will feel worn down as if you can’t do anything right. A healthy relationship relies on positive feedback. It’s recommended that for every piece of negative feedback, there should be five positive statements/compliments to balance the harmony.

Turning your children against you is also a sign of coercive control. Not only is this behaviour destructive, but it can also destroy family relationships and leave children with a sense of powerlessness and hopelessness. Over time this can be internalised and this often manifests as an angry, out-of-control teenager.

IMPORTANT NOTE: The above diagrams are from a female’s perspective but coercive control exists for both sexes, and all people, not just males on females. It exists for transgendered, LGBTQ communities and many other recognised groups. No one is immune to this subtle and manipulative control in relationships. While some sources state that gay and lesbian couples experience domestic violence at the same frequency as heterosexual couples, other sources report that domestic violence rates among gay, lesbian and bisexual people might be higher but more under-reported. For more info: https://en.wikipedia.org/wiki/Epidemiology_of_domestic_violence

Swearing, shouting, criticism, ignoring you, hurting your feelings,  – no one is perfect

Physical abuse, malicious actions, insults, frequent criticism or belittling remarks, controlling how you dress, who you see, where you go etc. Emotional manipulation, instilling fear in you purposefully.

Every situation is context-based but hopefully the above gives you an idea of healthy boundaries.

What to do about coercive control

Understand that you are not going mad. If it feels wrong, it probably is. trust your intuition and speak to others who can offer you an objective perspective. I have experienced coercive control and it is a common experience. It’s subtle and gradual and victims often second guess themselves. It’s common and understandable to be in denial about the manipulative, unkind aspect of someone we love. It’s far easier to blame ourselves for being too sensitive, too demanding or ‘difficult’. Ongoing oppression and subtle denigration naturally lead to desensitisation.

Some statistics on domestic abuse:

Don’t give up your support network

Stay in touch with friends and family at all costs. You don’t need to tell them everything that’s going on if you don’t want to, but make sure that you keep other people in your life. When you have many people in your life, you can limit the amount of control your partner has over you. Even better – speak to a therapist. You can chat with a therapist in complete confidence. Please don’t isolate yourself. There are many people going through the same experiences as you are – it happens to the best of us.

Make sure that you have your own independent funds if possible. Save money over time. Nothing feels more empowering than knowing you have the money to get away if you need to. Try to save up enough for a deposit on a new place and enough to cover at least one month’s bills and expenses. If this isn’t possible – you can contact a refuge as they often provide free accommodation and support until you can get back on your feet – see details below.

Maintain healthy boundaries and know your worth

It can be tough to stay confident when you are in a coercively controlled relationship. Write down affirmations such as “I deserve love and respect”; or “These actions and not acceptable to me: criticising me, demeaning me, locking me out of the house, shouting at me..etc”

Remind yourself of your boundaries and don’t allow them to be violated frequently. If someone criticises you, it might just be a one-off and that’s normal but actions such as hitting you, using names such as “whore” or “Slut”, controlling who you see and where you are etc are more serious signs.

If something doesn’t feel right – you are probably right. The urge to dominate, control and oppress others is an ugly but undeniable part of human nature. Governments, police and the military use tactics such as torture, terror, scapegoating and miscarriages of justice. Bullying goes on in the school playground and in the workplace — and domestic abuse goes on in intimate relationships.

Have a safety plan

Create a plan to give yourself a way out – where would you go, what would you take? It pays to be prepared if the day comes when you finally decide to get out. See the useful contacts below and keep a note of the relevant numbers.

As much as possible – keep your hobbies, go to the gym or go for walks and make sure you keep yourself centred. Don’t revolve your life around your partner. This will limit their hold over you and maintain a perspective in your life. If you don’t have a career, consider volunteer work – strengthen relationships outside of your home.

Being with a coercive partner can make you feel powerless but you can take it back. There are ways to get help and start a new chapter. Start gathering information, keep it hidden but have a plan. Take it one step at a time and the more you do, the more powerful you will feel. One day you might even look back and thank yourself for being so strong!

Feel free to write to me if you need someone to talk – I have been there!!  Email me: mandyjkloppers@live.co.uk

In the United States, there are no federal laws that cover coercive control, though several states have taken action to illegalize coercive control, California and Hawaii have signed laws into the books. Maryland and South Carolina are both working on bills, amendments, and laws.

The Northwest network:  Founded by lesbian survivors of domestic violence, the Northwest Network works to end abuse in lesbian, gay, bisexual, and transgender communities. It strives to support and empower all survivors through education and advocacy. Call 206-568-7777

The Law Society (to find a solicitor) – www.lawsociety.org.uk/find-a-solicitor/

Legislation to combat coercive control is being considered or is in the process of becoming law in every state and territory in Australia. Some already recognise coercive control under civil law.

See our resources page for more info on other countries not listed above:

Ramani Durvasula – Should I stay or should I go?

Photo by Annie Spratt on Unsplash