Boyfriend makes me feel I am crazy 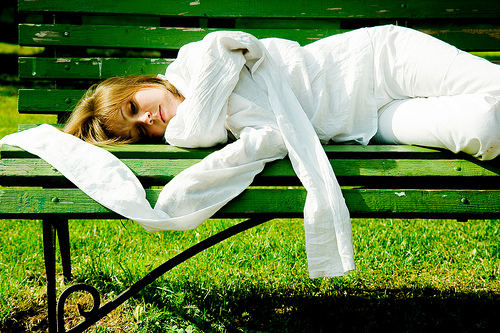 Boyfriend makes me feel I am crazy

Emotional abuse is widespread and hugely underreported. This is partly because many people do not realise that they are being emotionally abused. I am seeing a client at the moment who feels as if she is going crazy. No one else in her life makes her feel this way and this feeling only manifests with her boyfriend. She has agreed to list the behaviours for this blog post:

“My boyfriend makes me feel I am going crazy. I have always seen myself as competent and able yet since being with him, my confidence has disappeared and continuously doubt myself. It has happened slowly over time but I realised recently that I had become a shell of my former self. I have lost my sparkle. I am quiet, subdued and compare myself unfavourably to everyone else. I never used to be this way. Here are examples of what I have experienced in this relationship:

1) My reality/feelings are very rarely validated by my boyfriend. When I tell him I feel neglected and say that he has not been attentive, instead of exploring that with me, he tells me that it isn’t at all like that. My feelings aren’t acknowledged on any level. Just because his reality doesn’t feature my feelings, they don’t exist for him.

If I tell him that I feel he talks to me in a patronising, rude manner he will say “No, I don’t”. End of discussion. As a result communication has shut down because his version stands and there is no room for any other interpretation. This long term effect of this has led me to doubt my perceptions of things.

I can feel a certain way but he tells me that I am basically wrong to feel that way. Where do you go with that? Instead of trying to have empathy and to look at how his behaviour might be influencing me, he blocks communication and bullies me into his version.” When I am trying to assert myself he will reply in a patronising way: “Okay, okay, okay” nodding his head and clearly not taking what I am saying seriously.

MANDY: A stable, emotionally healthy man would genuinely want to understand why his behaviour was having a negative effect on his partner. he wouldn’t bully his girlfriend into accepting his version every time. This is emotional abuse – plain and simple.

2) I am apparently “too sensitive” or “can’t take a joke”. When he  upsets me and I react (for example if he criticises me unnecessarily) he will immediately say, “I was only joking. Can’t you take a joke?” I am upset but my feelings are never validated. He says that he is joking and it is therefore my fault that I can’t see the funny side. The other response is that I am being “too sensitive”. And so the self doubt creeps in further.

MANDY: Denying how another person feels consistently is a form of emotional abuse. A caring partner is open to communicating and learning how best to negotiate and compromise to keep the relationship happy. A mature person will adopt an assertive win-win attitude instead of an aggressive, win-lose position ie. they win by dictating and closing down the discussion by making their partner feel ‘less than’ because they “don’t have a sense of humour or are too sensitive”. Abuse, abuse, abuse – carefully crafted and subtle but abuse nonetheless.

3) He rarely accepts blame. When I misunderstand my boyfriend, he gets angry and tells me that I “never listen”. He also once told me that I was the only one who always seemed to get it wrong. Whenever we don’t see eye to eye, it is my fault. He seems incapable of looking at his part in the interaction. Recently he borrowed something of mine and asked me to remind him to give it back. When he repeatedly didn’t bring it back it became my fault because he had “told” me to “remind him”.

4) He is rarely wrong. One night I tripped over his sports bag that he had left right in the doorway. When I asked him to please not leave it right in the doorway, he told me it was my fault for tripping as I should have put the light on. (I am sure if I had done that I would have been in trouble for putting the light on in the middle of the night.) I just can’t seem to win – damned if I do, damned if I don’t.

5) He sets me up to fail. He withholds information from me. I believe he does this as a way to feel in control.I think he does this as a way to feel superior. It feels good for him to have information that could help me but that he can keep to himself – makes him feel powerful. Leaves me feeling stupid. He will randomly ask me, “So do you have anything to tell me?”. Of course, I will have no clue as to what he is referring to and ask him what he means. He will then say in a vague way that if there is anything he should know then now is the time to tell him, if not then I have nothing to worry about. I have learned that this is his way suggesting that he knows more than I think he knows. This is his amateurish way of trying to get me to confess to anything that he might need to know. He has never trusted me even though he says he does…I have never been unfaithful so this tactic of his never works. I feel insulted that he even has to say it. I guess he imagines that if I ever do anything to be unfaithful, he will get me to confess this way. Controlling.

Although he would never ever admit it, his behaviour makes me think he is very insecure. He feels inferior and so enforcing his worldview on me helps him to feel better about himself. He plays games and can’t seem to tackle issues head on with me.

He constantly questions me, “Why have you done that” Why are you putting that there? Why did you say that?..it is constant. I feel I am constantly having to defend and explain myself and my actions even for small things.

MANDY: By putting pressure on others, an insecure person can avoid the spotlight being put upon him. Attack seems to be their best line of defense.

7)He has double standards.

He will have one set of rules for me and another set for himself. Hypocrite comes to mind. He will do things that would be completely unacceptable if I did them but if I try talk about this double standard he will have some clever way to wiggle out of it.

8) He is controlling and manipulative. He often says things like, “Don’t you think…..?” It is his way of telling me what he believes and he will try manipulate me into agreeing with how he sees the world. Once we were eating dinner and I needed a toilet break. I found myself almost asking for permission – I said. “Do you mind if I go to the loo quickly?” (In hindsight I realise I should have just made a statement, telling him I was going to the bathroom). He answered, ‘What about your dinner?” This was his way of trying to get me to stay and finish my food. He would never be that direct and tell me I was not allowed to go to the loo. He then said “Don’t you think it’s bad enough that we sit in front on the TV and that we should be sitting at the dining table?” The message is clear but is delivered in a subtle way that could be misinterpreted. If I decide to confront him, he will then either say – “You don’t listen”, or “how did you get that idea from what I said?” or..as a last resort “I was only joking”..or “you are so sensitive”.

So, I feel I am gojng out of my mind, he does very little to help me believe otherwise. He regularly says things like. “so are you coming to the meal tomorrow?” (This happens frequently). Nine times out of ten it will be the first time he has mentioned it and I will say “What meal?”. I will then  get an annoyed reaction, “I have already told you!”. I won’t remember and he will get annoyed at me for not remembering something that he never told me in the first place. I will readily admit that I don’t have the best memory in the world and it has happened in the past that I have genuinely forgotten but he also has a habit of giving me news about his plans three or four hours before it is meant to take place. He will never back down and question himself, it will always be that I have forgotten. This rarely happens with my friends and family and thankfully, my very different experiences with my friends and family is probably the only thing that keeps me from going completely insane.

I wanted to write about this because manipulation, control and emotional abuse takes many many forms and the alarm bells should start going off for you when you find that you doubt your sanity – especially in relation to your partner. I had become depressed and anxious. I withdrew from the world. If you feel this way no matter who you are dealing with, it might be worth seeking professional help. But if you feel that the self doubt is at it’s highest around your boyfriend, it probably has more to do with that specific interaction. Get help before you really do go mad!!

MANDY: Emotional abuse is frequently well hidden and subtle. Trust your instincts and if in doubt, give yourself away from your partner in order to see if you feel as crazy and doubtful away from them. This form of crazymaking is a way to gain control, to make you doubt yourself to the point where you begin to take on their viewpoints and become more pliable and easier to control.

It is an invisible form of control and everyone is susceptible no matter who you are, your background or your socio-economic status.

Get objective help to strengthen your confidence and make decisions in your best interests.