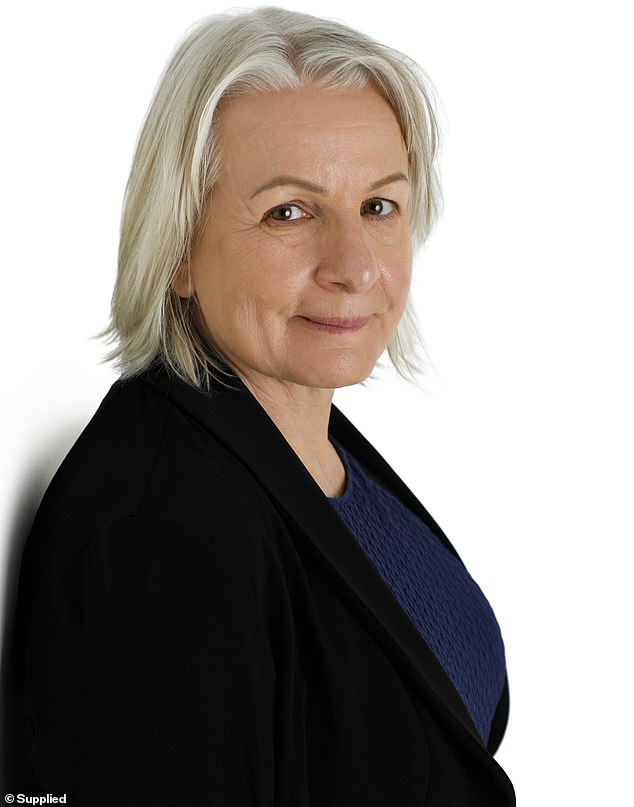 Borderline is a raw, gritty, and ultimately uplifting memoir that shines a light on the complexities of mental illness, the injustices and cruelty of juvenile incarceration, and, above all, the determination and strength of character to overcome them both. A unique and compelling story of survival.
Sandie is a skilled public speaker and educator. She is available for podcasts and happy to write blogs about her lived experience of dissociation, Complex-PTSD and Borderline Personality Disorder.
Borderline Mental Health PressRelease

Sandie spent fourteen years teaching creative writing to inmates in Australian correctional centres. She is a transpersonal art therapist, writing mentor and a strong advocate for those living with mental health conditions.
As a young child Sandie had always been labelled ‘uncontrollable’ and ‘wild’ by her family. She was sent to Reiby Training School in Campbelltown but when her behaviour did not improve, she was transferred to Kamballa Special Unit at Parramatta at age 15.
What nobody knew, and what Sandie wouldn’t find out herself until years later, was that she had complex PTSD and borderline personality disorder, and would frequently dissociate and split between several personality states.
While in Kamballa Sandie met and became friendly with an infamous teenage murderer. Six weeks later Sandie and four other Kamballa inmates, including the teen murderer, managed to scale a 3-metre high brick wall and swim across Parramatta River to escape.
The escape made front-page news.
The girls hid in Kings Cross before splitting up and Sandie and another girl were captured by the police. They were bashed violently by the police while in custody, which further triggered Sandie’s mental health decline. Upon her return to Kamballa Sandie was isolated and attacked by some Kamballa girls, who believed she had ‘lagged to the cops’ about the whereabouts of the other escapees. In desperation, she escaped again and lived on the streets of Redfern where she encountered muggings, violence and drugs.
Things came to a head when Sandie was violently raped. Wonderingdazed in the street she was picked up by the police and returned to Kamballa. She made a pact with herself to survive and never get locked up again. She decided it was time to bury the different parts of her that kept getting her into trouble.
All of this would be remarkable enough by itself. However, Sandie’s portrayal of her undiagnosed complex PSTD and borderline personality disorder, and the different personalities that emerge in times of stress, makes her story even more unique, insightful and downright fascinating. Sandie beautifully captures the different voices that live within her, as well as revealing what life was really like for ‘troublesome’ and ‘forgotten’ girls in the early seventies.
At times gritty and raw, it is also powerful and uplifting. When Sandie eventually returns to Kamballa, in her fifties, she begins the difficult but ultimately rewarding journey to reconcile all the different parts of her personality she had previously buried deep within
her. Sandie’s eventual reconciliation with her numerous personalities and growing self-acceptance of her differences is moving and inspiring.
It is estimated that 1-4% of the Australian population have Borderline Personality Disorder. People diagnosed with this condition where once considered untreatable. Despite Sandie’s adolescent mental health records (extracts included in Borderline) reflecting this, she was not diagnosed with BPD until the age of 55. Those diagnosed with BPD still encounter widespread misunderstanding and blatant stigma, which Sandie has encountered.

The latest news about her story on Daily Mail: