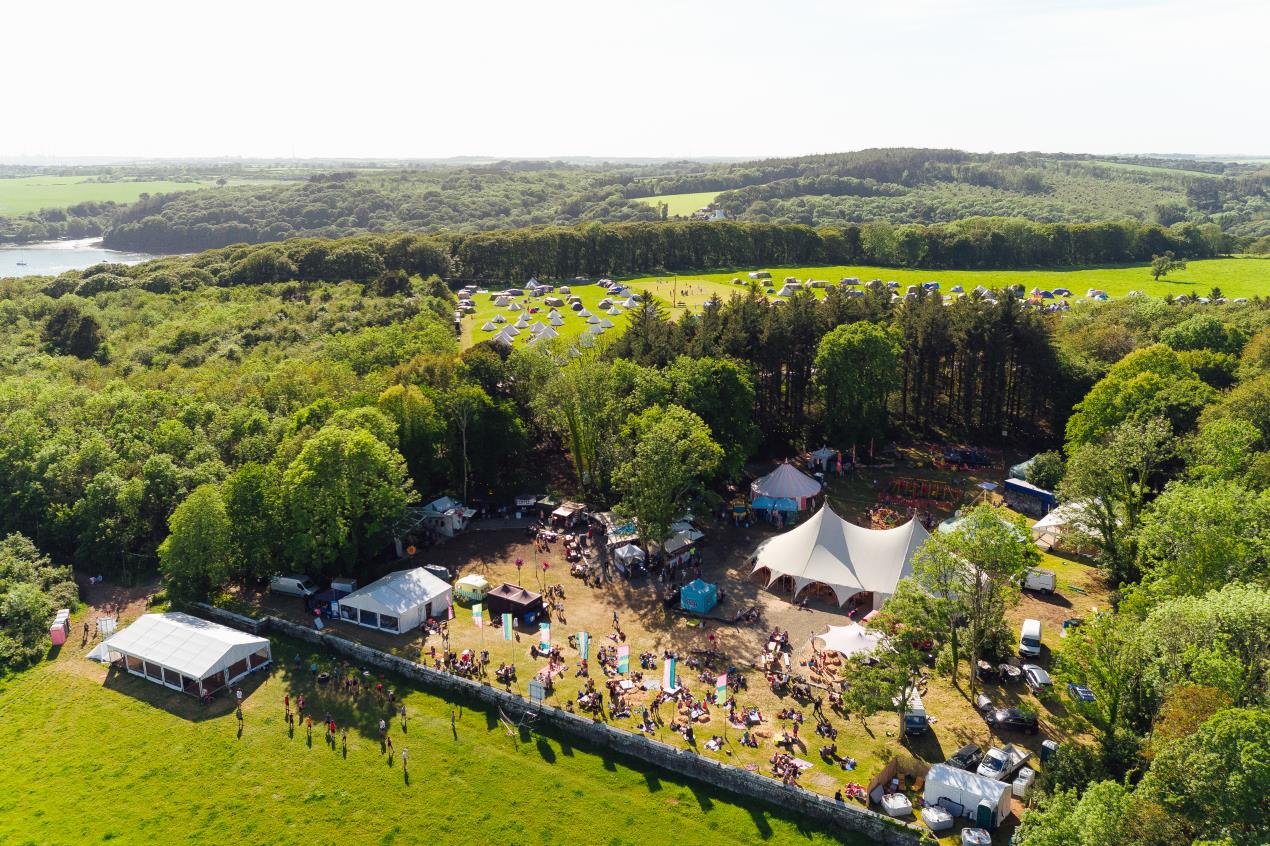 The tragic loss of a young man to suicide is driving a range of mental health and wellbeing initiatives at The Little Retreat glamping site in Lawrenny, Pembrokeshire and at The Big Retreat Festival, which takes place on land neighbouring the site from June 3-6.

Gryff Morgan, 18, from Narberth, died last November following a period of mental health difficulties during which his family struggled to get him the help he needed. His mother Kim feels that gaps between services, combined with inadequate training for key professionals who dealt with Gryff, contributed to the tragic loss of her son. Gryff had shown signs of autism from an early age but was only referred for diagnoses towards the end of his life, by which time the fact that he was legally an adult made it difficult for Kim to help him get the right help support.

Now Kim is working with her cousin Amber Lort-Phillips, founder of The Little Retreat and The Big Retreat, to create a Mind Space therapy offering at the glamping site and the new Gryff’s Mind Space area at The Big Retreat, which will include over 18 different wellbeing-focussed talks and activities. These will range from The Anti-Burnout Club, which will help people recognise and deal with burnout, to a sleep therapy workshop for people with disturbed sleep.

Organisations including mental health charity MIND, bereavement support charity 2wish, substance awareness charity Barod, Get the Boys a Lift – a community interest company that works to encourage men to get talking about their mental health – and peer to peer support group Living in Suicide’s Shadow (LiSS) will all be holding activities in Gryff’s Mind Space.

Meanwhile, Kim is working hard to raise money for mental health charities; so far she has raised over £35,000, with the funds donated to charities including Pembrokeshire MIND and Get The Boys A Lift. A portion of the profits from therapies in the Mind Space at The Little Retreat will also go into the fundraising pot. Therapies in The Mind Space treatment room ranging from aromatherapy to reflexology aim to help people relax and take care of their mental wellbeing.

“I’d like to say a big thank you to all the people involved for their efforts in helping and supporting us,” says Kim. “All my efforts are now focussed on raising funds and creating initiatives in Gryff’s memory that I hope will lead to lasting change.”

Kim’s next plan is to found a charity, also called, Gryff’s Mind Space, which will work to create awareness of vulnerability, neurodiversity, suicide, physical and mental health, signposting people support and working to improve the help and support available for 18 – 25-year-olds. Kim will also organise quarterly pop-up events with workshops and classes focused on mental health and wellbeing.

“There’s a big gap in our services (the health board, police, CPS, prisons, schools and government) when it comes to the transition from teenage to adult, especially if there is undiagnosed neurodivergence (an invisible disability),” says Kim.

“The suicide risk is significantly higher in someone with ASD and poor mental health. Because it’s known as an ‘invisible disability’ many people in the ‘medium category’ go unnoticed until it is too late. Many are very intelligent and, like Gryff, learn how to mask their symptoms, making them even harder to diagnose. They are hiding because they feel ashamed. It is not shameful to be your true self. It is shameful for people who don’t allow others to be their true selves. The pressure of holding it together builds up and meltdowns ensue. If help still doesn’t come, the longer it builds up the likelihood of a complete breakdown (often psychotic) happening.

“Mental health is a very hot topic just now. We all know it can affect any one of us. We can all do with as many tips as possible and our own mental health toolkit. We all need to be listened to and validated – yet the stigma and the taboo around mental health are endemic. By talking openly, the stigma will lessen, and the more people talk the easier it gets. Raising awareness through education will help speed up the process of change we so desperately need to protect our vulnerable young adults, who are still just our children.”

Kim’s aim is to achieve as much as she can in Gryff’s memory and to help bring about changes that could save other people in similar circumstances.

“I’d like there to be no stigma at all about anything to do with mental health and I want to see policy change within all the services making it easier and quicker to get diagnosed,” she says. “For young people aged between 18 and 25, it should be possible for parents to liaise with key services and advocate for their children. I also want to see the various services that get involved when someone has a mental health crisis to have better training and interconnection so that nobody falls through the gaps. And society as a whole needs more knowledge and understanding; we need to teach people about how the brain works from a young age.”