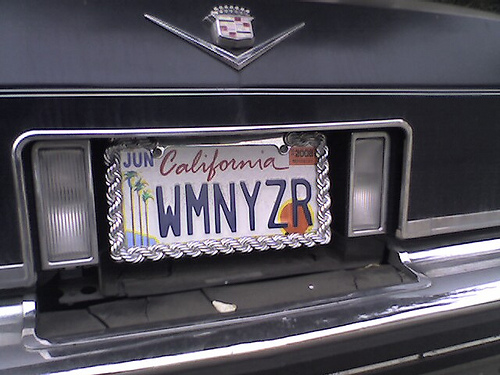 Why is it that some women tend to be attracted to bad boys? After escaping the clutches of one bad boy, another bad boy enters the fray and the whole cycle repeats itself. I am one of these women. I have become much better at managing my attraction to bad boys as I now understand myself a lot better and realise where my weaknesses lie but the tendency to connect with bad boys will always exist within me.

I personally know women who have also been attracted to bad boys. One friend in particular seemed to be attracted to bad boys who liked drugs. They ended up stealing her stuff to sell off to find more money to fund their habits. Then there were the boyfriends who treated her like dirt, criticised her and cheated on her. Finally she settled with a no-hoper bad boy who abused her emotionally as well as physically. When she did find a man who treated her well she walked all over him and had no respect for him. He was the type who would bring her surprise gifts, take her on surprise holidays and worshipped the ground she walked on. It seemed a no-brainer to stick with this guy, but my friend and I have often found this type of guy boring and not much of a challenge.

The issue obviously lies with us.  Crazy warped women who believe, deep down, that they do not deserve this kind of love. Many women who are attracted to bad boys have had issues with their Fathers. Their fathers were ambivalent, neglectful or were unpredictable in their affection and attention. I most definitely had a father who was rarely available and was inconsistent and my friend had a similar experience.

According to the author Harville Hendrix(Ph.D. University of Chicago), the theory behind  “Imago Theory” can explain this phenomenon. (Link to purchase the book is below…) Imago is Latin for image, as in the composite image of early childhood caregivers. According to Hendrix, We find partners who help us complete the unfinished business of childhood. Our adult relationships and struggles feel familiar because they remind us of our primary caretakers. These relationships present us with the opportunity to heal past wounds and find deep relational fulfilment. But it’s an opportunity, not a guarantee.

As I have matured, read books, studied and reflected, I have realised that the greater my love and respect for myself, the less tolerance I have for disrespect and abuse from others. That chink in my armour will always be there. Bad boys often come from difficult upbringings themselves and have learned skills to protect themselves and seek out vulnerabilities in others. They may not be intellectual but they are cunning and they can spot a ‘victim’ far more easily that a more balanced, grounded individual.

If you are attracted to bad boys, start looking at how you see yourself. Work on accepting and looking after yourself and you will naturally be drawn to healthier relationships. There are no rewards for staying with a bad boy. More often than not you are inviting emotional stress and insecurity into your life – the very opposite of love, peace and contentment.