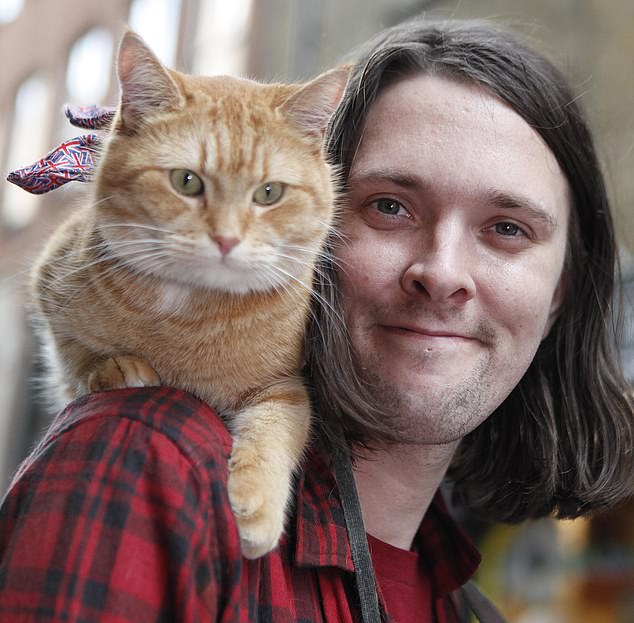 Animal therapy has been around for a while but it is a growing trend. Animals can do amazing things for people, especially those that are vulnerable or suffer from mental health issues. I always loved the story about Bob, the street cat who saved his owner. James Bowen had fallen upon hard times. He was a heroin addict who was struggling financially and felt anxious and depressed. Bob found James and they became lifelong friends. James used to busk to make money and began taking Bob with him. Bob was an incredibly unusual cat and would perch on James’s shoulder (yes, like a parrot) to and from their busking site.

Soon, James and his unusual cat gained a reputation and started to become well known. Bowen and Bob’s public appearances attracted the attention of the Islington Tribune, which first published his story in September 2010. This was read by Mary Pachnos, the literary agent responsible for the UK rights to John Grogan’s Marley and Me, who introduced Bowen to the writer Garry Jenkins. The pair produced an outline for a book that Pachnos used to secure a book deal with the publishers Hodder & Stoughton.

Since its publication the book has sold over 1 million copies in the UK alone, has been translated into 30 languages, and spent over 76 weeks at the top of The Sunday Times‘ bestseller list in both its hardback and paperback editions. A Street Cat Named Bob: And How He Saved My Life was published in the US on 30 July 2013, and entered The New York Times‘ best-seller list at No 7. A movie of the same name was released in late 2016, starring Luke Treadaway as Bowen, and with several cats, including the real Bob, playing the part of the cat. James now had a responsibility to look after Bob and it gave him a purpose. This was an amazing psychological boost for James and ultimately, Bob turned his whole life around for the better. James ended up getting a book deal and never looked back. It’s an incredible story. So incredible in fact, that 2 movies have been made about Bob, the street cat.

A movie based on the first two books was released in 2016 and a sequel will be released in 2020. Bowen now dedicates his time to helping numerous charities that involve homelessness, literacy, and animal welfare. A cartoon has also been created based on Bob.

Sadly, I heard on the news that Bob died this week, on the 15th June, and felt it would be timely to write a blog post on this amazing cat and his owner.