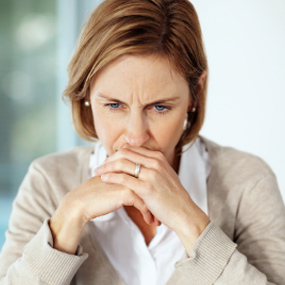 Are you in an abusive relationship?

It seems there are so many people in abusive relationships. They know that something is amiss but cannot figure out exactly what it is. Many of the victims of abusive relationships begin to doubt themselves and wonder if they are just being too sensitive or seeing things incorrectly. They start to doubt their own perceptions…their inner wisdom gets ignored.

I have made a list below of behaviours in an abusive relationship. No one needs to stay in a relationship with someone that puts them down and disrespects them…abuse belittles a person and causes them to become a ‘diluted’ version of themselves. Get out while you re still strong. If you feel you have no strength left, find support from friends, family or a local charity but get out. Life’s too short.

Many victims also say “but he/she is nice to me sometimes. They aren’t always bad”. There’s this bargaining that goes on and that is what victims have to do to cope with the abuse. The above talk is conditioned ‘brain washed’ talking. Enough is enough…

Signs of an abuser

1) Overly romantic and in a hurry

Did your partner woo you very quickly? Were you sent flowers,/gifts, told how wonderful you are? Did they want to move the relationship forward quickly and secure exclusive rights to you as soon as possible? This may be a sign of an abuser. They want to get you hooked emotionally as it’s easier to exert control this way. A balanced person will be happy to take their time and get to know you well before rushing things..be wary of those that want to hurry things unnaturally.

A potential abuser almost sees you as a possession. They might check your phone, Facebook and emails. They invade your privacy and begin to treat you as if you are a possession of theirs. This is not healthy behaviour and is detrimental to a happy equal relationship. Do they try to control who you see? Have they tried to dissuade you from seeing friends and family? Any of the above are major warning signs that you are with an abusive person

Has your partner tried to influence the way you dress? Do they tell you that you can’t wear certain clothes? Do they make the rules in the relationship with little negotiation allowed? These are all forms of control. If you let this happen, you are ‘teaching’ an abuser that it’s okay to ignore your needs and wishes. Do they pick you up from work, drop you off at places? Are they somehow always around to check up on you and know where you are? Again – this is control. You are entitled to your independence and don’t need to explain what you are doing and who you are doing it with. Another area that is typically controlled is where money is concerned. Trust is essential in a happy relationship.

Are you regularly criticised? Your cooking is terrible, you can’t do anything right, you need supervision or you will “mess up”. Are you labelled “fat”? Are you told no one else would want you? These are all examples of verbal abuse and they will erode your confidence. Constructive criticism is great but insults and critical comments only serve to undermine a person.

Withholding affection or withdrawing from you to punish you or teach you a lesson are both examples of emotional abuse. Abusers are incredibly clever and know how to emotionally manipulative others. They are incredibly skilled at it and almost have a sixth sense when it comes to identifying other people’s weaknesses and emotional vulnerabilities. They will figure out your weak spots and use this against you. An example: if you hate being late they will purposefully slow down – a form of passive aggressive behaviour. It’s all subtle though and makes you doubt yourself.

Abusers are masters at manipulation. They know how to get what they want and find it easy to manipulative others. They figure out what you want and give it to you in bucket loads at first. Once you have ‘fallen’ for them, they start the manipulation to get you under their control. It’s all about control. They feel safe when you are controlled and listen to them. The more they can break you down the easier you are to control.

Most abusers are people that have little empathy for others. They say all the right things and do all the right things but mostly it is insincere- for them, it is a means to an end. More often than not they suffer from low self esteem and are very insecure – hence the need to manipulative and control others. Abusers know what they are doing even though they act oblivious. Don’t be taken in by it.

The bottom line is this – if you are not treated with respect.If your needs and opinions are not taken into account and you feel manipulated, then you should consider that you might be with an abusive partner. Emotional abuse is much more subtle than physical abuse and this leads to doubt in the victim.

Abusers often suffer from dysfunctional thinking and have often suffered a miserable childhood which has affected their thinking and allowed them to adopt dysfunctional ways of dealing with the world. Stick up for yourself, do not accept abusive behaviour. Make a stand and if it doesn’t improve, it’s time to get out.

Abusers rarely change. They almost feel entitled to treat others the way they do. You deserve more than this.

See my video on Youtube for more info: https://www.youtube.com/watch?v=kGN_tzmM6Fk