A story of resilience, overcoming trauma and hope by Bernadette Erb 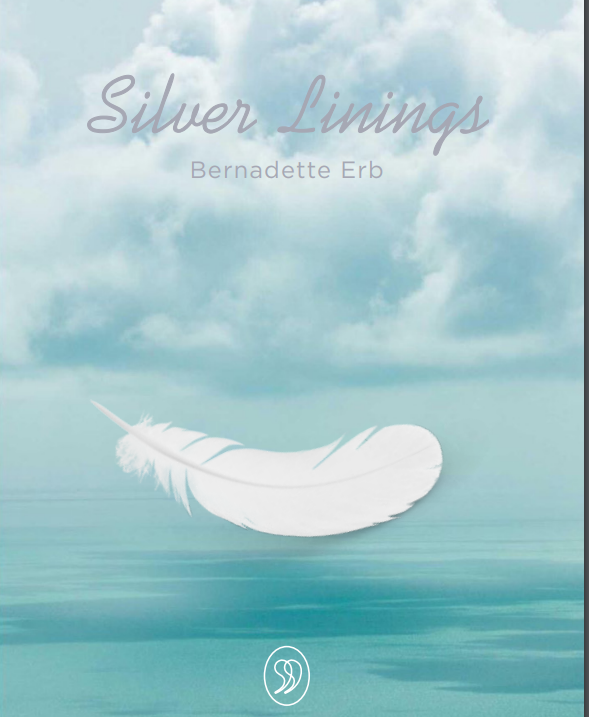 Bernadette Erb remembers vividly the first time she was abused. She was 2 1/2 years old; she didn’t understand why. Later, she was sexually abused on three occasions but for fear of recrimination, she stayed silent. These scars of abuse followed her as she struggled to live her life.

As she grew older, she found her courage and at the same time found success and happiness through her friends, along with the man of her dreams. Life was good, even though she wrestled with her traumatic past and sought many treatments. Then she became pregnant and had Levi feeling her life was perfect.

Fourteen months later she got the diagnosis that shook her world. Hodgkin’s-lymphoma. Cancer.
Again, she fought back and won.

This challenge became a broader healing journey showing the power of transformation of the past, and the future. A testament for all time to a life with silver linings.

Bernadette has always put on a brave, persistent, kind, loving, strong persona. But inside, she was suffering daily from Depression and dealing with Post Traumatic Stress Disorder.

In her beginning stages of life, she struggled with physical, emotional, and sexual abuse starting at 2 1/2. In her teens, she worked hard in the Hotel Industry. She saved for college and went to college to study hospitality courses. She was beginning to build up her confidence in the food industry. When she turned 30, she was asked to partner with a bakery business. She took care of the marketing and sales for the company. Their first bakery was 800sq feet building then grew into a 10,000 square foot bakery.

Shortly after giving birth to her son, she was diagnosed with Hodgkin’s lymphoma.

Five years later, leukaemia was given a grim prognosis where one doctor told her she maybe had a week to live. Bernadette’s will to live was so strong, and she managed to see all the silver linings in her traumas. Today she is cancer-free.

Not only has Bernadette surviving she is also thriving.

For more on Bernadette’s story go to her website: https://www.silverliningsheal.com/

The book is available on Amazon and Barnes & Noble worldwide.