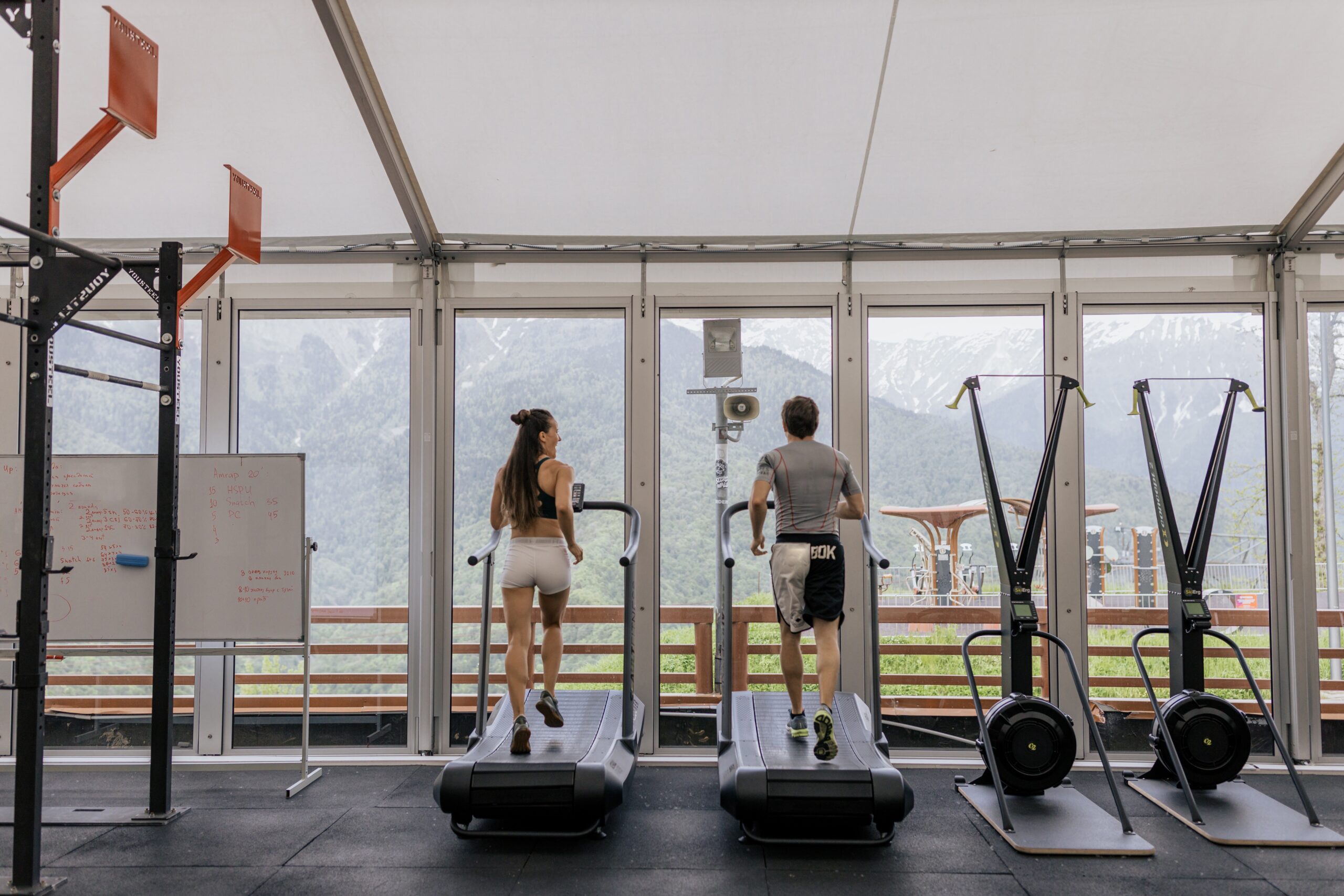 Treadmill running provides several benefits like improving the health of your lungs and hearts and keeping users muscular and slim. In addition, various studies have demonstrated that exercising on a machine offers many practical running benefits for brain and mental health. Specifically, running triggers the body to release mood-enhancing chemicals like serotonin and endorphins in your brain. Therefore, training on the machine regularly at a vigorous or moderate level is a great way to improve your mind and mental health.

But how does running help your mental health? Well, continue reading this article to discover some exciting findings and various mental health benefits associated with treadmill training!

The first psychological benefit of treadmill training is that it helps to reduce stress. Stress may come from various triggers like family, work, and life-changing events. Treadmill running promotes the increase of norepinephrine, a chemical that controls how the brain responds to stress. At the same time, the exercise allows you to escape your problems for a while or give you time to think about them.

The research was conducted in 2020 to compare the level of mental health among non-runners and runners. According to this study, runners had greater psychological well-being and lower stress than non-runners. Moreover, another research claims that sticking to your running routine when you’re stressed leads to greater resilience, increasing your ability to face any challenges that come your way.

In addition to reducing stress, treadmill running is a great way to boost your mood and attitude. Better yet, the run makes you feel a rush that creates a sense of gratification and boosts mental health.

Running results in an emotional boost referred to as the ‘runner’s high,’ a sensation that triggers feel-good emotions. This offers various short-term benefits like relieving your daily stress and improving your attitude.

To demonstrate the positive short-term mental health benefits, a review analysis of over 100 studies was published in 2020 to look at the relationship between mental health and running. This review suggested that running improved mood in participants who took part in different lengths and intensities of runs.

Another research published in a popular health and fitness magazine discovered that a single 30-minute treadmill run could lift your mood.

Long term benefits of running for the mind

Some studies suggest that exercise like running can help to reduce symptoms of anxiety disorders and improve mood. The 2020 review claimed that longer-term running activities of up to 20 weeks helped improve various mental health outcomes. As a result, runners experience more excellent psychological health and lower levels of depression & anxiety than non-runners. In addition, a 2017 research showed that exercise increased calmness and improved mood, while not exercising increased feelings linked to agitation.

Physical activities like treadmill running promote cellular growth in the brain, thus helping to prevent cognitive decline. Moreover, one of the effects of running on the brain is that it encourages the development of new neurons in your brain, a process referred to as neurogenesis.

Running can help to prevent various effects of aging in the brain, as demonstrated by a study published in Time magazine. According to this research, running and other aerobic activities slow down brain shrinkage & cognitive decline in physically active elderly participants.

However, this doesn’t mean that running cures Alzheimer’s. Instead, it boosts the brain’s ability to slow and minimize cognitive decline that usually occurs after age 45.

As we grow older, it becomes harder to remember some details. However, running on a treadmill can lead to changes in your brain to improve your memory. In a research published in Frontiers in Human Neuroscience, scientists scanned different brains of competitive distance athletes. The study demonstrated that athletes had more connections between various brain areas like the frontal-parietal network that deals with memory and self-control than non-runners.

Does running reduce anxiety and depression?

Treadmill running has been proven to help people recover from various mental health issues like depression and anxiety. Some studies even claim that running regularly may be as effective as medication in relieving symptoms of depression and anxiety. Also, regular exercises reduce inflammation, which can positively impact individuals with this condition.

Treadmill running is also encouraged during recovery and therapy to alleviate some symptoms caused by mental illness. Although running may feel challenging at the moment, it will help you deal with depression once it is over. This is because the exercise triggers the body to release feel-good endorphins like serotonin after the run, a sensation known as runner’s high.

In addition, running and performing other forms of exercising on a treadmill reduces sensitivity to how the body reacts to anxiety. On the same note, regular treadmill training can ease the symptoms of other co-occurring conditions like IBS (irritable bowel syndrome).

In a study comparing people who participated in interval running exercise versus participants living a physically active lifestyle, runners demonstrated the greatest improvement in cognitive flexibility. Simply put, running will improve your ability to quickly and efficiently between mental tasks.

Lastly, running can help enhance your sleep quality, which offers some mental health benefits. For instance, lack of adequate sleep can cause symptoms of stress, depression & anxiety. Sleep problems are associated with certain mental health conditions like bipolar syndrome.

A 2011 research analyzed data of over 3000 adults from the National Health & Nutrition Examination Survey conducted between 2005 and 2006 to evaluate the relationship between exercise and sleep. The study established that participants who met exercise guidelines were 65 percent less likely to get fatigued during the day than those subjects who didn’t exercise regularly.

Physical exercise like running can also heal your insomnia and help you create a regular sleep schedule. It increases your body temp[erature, which can better cool down your emotions and thoughts. At the same time, this improves your overall well-being while promoting quality sleep. Besides, chemicals released after and during a treadmill run promote deep sleeping and help to relax your body.

In an article published in Psychology Today, other running and jogging benefits for the brain include; deeper sleep, regulated circadian rhythms, quicker onset of sleep and reduction of insomnia symptoms. However, according to researchers and doctors, you should not perform a challenging workout before bed.

Conclusion
Performing different types of running on a treadmill is good for your mental health. Apart from giving you a break from daily stress, it will restructure the brain so that it functions faster, better, and more efficiently. So, if you want to achieve physical, mental, and emotional benefits, treadmill running has covered you!