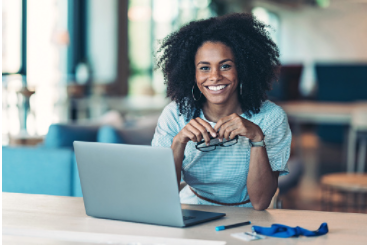 Difficult people are that way for a reason. It’s rare for someone to wake up and decide that they are going to be obnoxious for the fun of it. If you struggle to find ways to deal with difficult people, I have put together a list of ways that you can manage someone difficult and diffuse the situation. No one needs added stress in their life and knowing how to calm a tricky situation is a vital life-skill.

Never ‘rise to the occasion’

Your natural instinct may be to meet the difficult or unreasonable person with equal force. It’s natural to become defensive when you feel attacked but it is often a counter-productive approach. Instead, bite your tongue and act in a curious manner.Ask the person who is being unreasonable more about why they feel the way they do, or what is behind their demeanour.

Let them talk and see what comes up. You may find that they talk themselves in circles and lose credibility. Ask questions in a naturally curious way rather than in an attempt to trip them up. You will often find that an aggressive or argumentative person, given the space, will talk themselves into a corner and end up making no sense. Difficult people often aren’t in a reasonable mindset and will contradict themselves and tie themselves up in ‘knots’.

Agree with the difficult individual

There are times in life when it is more important to be happy than to be right. Sometimes, the best course of action is just to agree with someone even when you know they are being ridiculous. Some people are looking for conflict. They may not consciously realise it but it’s a common behaviour known as “projection”.

Someone who is unhappy, angry, or frustrated may try to share some of their misery by riling others. It’s best not to fall into the trap and heartily agree that you are a disappointment or that you need to work harder etc When you agree – you take the wind out of their sails and they have nowhere to go.

When you look at what happened to someone instead of labelling them, you might find you have more tolerance. Someone who is difficult usually has a reason. They may not be a good communicator, they may believe that no one likes them or they may be having difficulties at home and might be finding it hard to manage their emotions.

I have dealt with bullying over the years, and more often than not, when I spoke to the bullies I discovered that:

I rarely came across a bully who enjoyed upsetting others for the sake of it – who had a perfect life with no issues. If they did, they were most likely sociopaths or psychopaths and that’s a subject for another post. Most reasonable well-adjusted people don’t wish ill on others and if they do, it’s time for them to do some soul searching.

Use the repetitive approach

This is also known as the gray-rock approach. It involves being as calm and boring as possible. Repeat your original instruction/belief over and over. Try not to show any excessive emotion and behave like a boring dull gray rock.

It works! If you never waiver from your original statement/request/belief the aggressor will eventually get bored and move to new victims. Be dull, be boring and act disinterested and unaffected by them no matter how much they try to pull you in.

It’s easy to feel personally attacked but when someone is argumentative, it’s more about them than you. They will deflect and try to put the blame back onto you. There so many tactics that people will use to aggravate you and hurt you.

If you feel yourself getting pulled in and becoming more upset, disengage for a moment, take deep breaths and ask yourself what is really going on. Someone is trying to elicit emotions out of you for whatever reason. You can stay in control of your emotions by taking deep breaths to help you reset emotionally.

No one can make you feel inferior without your consent. What they are saying to you might be a load of hogwash. Think of something happy in your mind – or imagine them speaking in a mickey mouse voice or something that you find comical. It will lessen the emotional impact of their message. Your emotions may be rising but remember that later on you won’t feel as upset and will feel more in control. At the moment, try to see the funny side (altho Don’t laugh at them – that’s the worst thing you could do!)

Do whatever you need to do to stay calm and disconnected during the argument – engage your rational mind as much as you can and manage your emotions. When we take deep breaths, we tell our brains that we are calm and the brain turns off the alarm system – fight, flight, freeze. Remind yourself that you are not in danger and that you are dealing with someone unreasonable.

No one escapes having to deal with difficult people, especially when they are stressed, under pressure, or under the influence of drugs or alcohol.

You can’t control what they say and do but you can learn to manage your responses. If all else fails, make your excuses and leave.